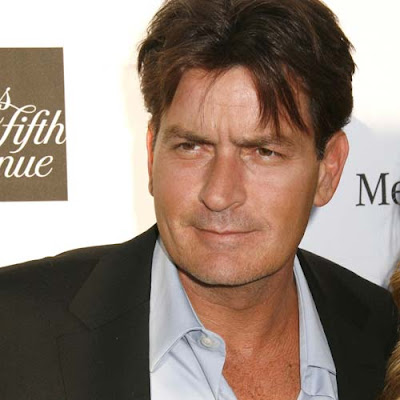 "Have you ever seen a situation like this before?" huffs my taxi driver
"I mean a network firing the star of one of its biggest rated series?
Well, sure I have. Lots of times.
CBS and Charlie Sheen are playing a particularly deadly r form of entertainment brinksmanship.
Stars depart TV series all the time and many of these shows have continued to prosper.
Take M*A*S*H (1972-83) for example.
Wane Rogers departed as Trapper John after the first season and was replaced adequately enough after a bit by Mike Farrell.
Then McLean Stevenson decamped after three seasons. to be replaced by Harry Morgan.
And the series continued and prospered. Now if Alan Alda had ever quit --and why would he since it was his show --then the series might have floundered.
When Valerie Harper left the sitcom Valerie after but one season (1986-87) NBC was in a quandary. How to replace the star of the show when her name is in the title?
I remember discussing the situation with Harper in her trailer while she made a TV movie in Toronto.
Somebody joked the sitcom might be renamed Where's Valerie but the new title was Valerie's Family and her character got bumped off.
In as the new lead was a wary Sandy Duncan --I had lunch with her and she said she hoped it might all come off.
In 1988 the series became Valerie's Family. And the series lasted --if it hardly was a rating champ --until 1991--renamed again as The Hogan Family.
Co-starring as one of Valerie's sons was Danny Ponce and his sister in 1990 got a gig on a short lived CBS sitcom called City starring --you guessed it --Valerie Harper.
"I'll bet dinner conversations at the Ponce household are something," Harper joked to TV critics..
Even farther back there was a rating blip when Pernell Roberts elected to leave Bonanza in 1965 after six seasons.
Star Lorne Greene once told me he'd told Roberts who wanted to return to stage work that if he'd only stay a few more seasons he could own his own theater.
Bonanza soldiered on --it was only in 1972 that the series faltered when Dan Blocker suddenly died --the show ended abruptly in 1973.
When Raymond Burr died in 1993 one would have thought NBC would conclude its Perry Mason TV movie mysteries.
But, no, NBC tried again with two new lawyers played by Hal Holbrooke and Paul Sorvino --but also featuring as Della Street stalwart Barbara Hush. NBC was forced to cancel after anemic ratings.
In 2002 Michael J. Fox was forced to leave the cast of Spin City because of complications from Parkinson's disease. He was successfully replaced by --Charlie Sheen!-- and the show ran another season.
Cheers survived the defection of Shelley Long in 1987 after five seasons by Kirstie Alley who stayed onboard for six more seasons.
And after one season Farrah Fawcett left in 1977 to be successfully replaced by Cheryl Ladd.
In 1994 David Caruso was dumped from NYPD Blue after one season and Jimmy Smits successfully took over.
But when David Duchovny left The X-Files after seven years Robert Patrick proved Duchovny irreplaceable --the show sputtered along for two more seasons of anemic ratings.
So the verdict is out on whether Charlie Sheen can really be replaced.
It all depends on the calibre of the actor replacing him.
CBS has already offered a ton of dough to John Stamos but Stamos quite rightly backed away.
Similarly NBC is trying to entice Will Ferrell to take over on The Office.
Posted by james bawden at 9:50 PM

I Think Charlie's Cousion [Mathew Perry ] come to the rescue while Charlie is Living in Paris [ with Mathew's dum attics with women [Friends} could be .5% of Women taking Perry to Beach house for confort {create reasons] Women take advantage of him Most of the time. He gets LUCKY some of the time depending the lady and Play desigh. maybe in 1 year or two Charlie may Return?
Robert Perry [no relation ? ]