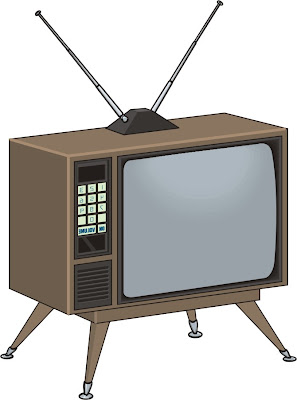 It looked like D-Day for Canadian television.
And then the mighty CRTC blinked.
Monday was supposed to mark a new dawn for beleagured Canadian TV. After all conventional broadcasters stand to lose over $600 million this season --partly that's the recession but viewer numbers are crumpling.
As reported in Monday's Globe And Mail the average Canadian now spends more time on the Internet than watching television. The younger the viewer, the less conventional TV he or she watches.
The Ipsos Reid survey cannot be discounted and my own unscientific research backs it up entirely.
I can now watch many of my favorite TV shows right off my large (29 inch) Apple computer screen. I can catch such American web sites as hulu, too. On the various play on demand channels I can catch everything from Sarah's House (HGTV) to The Mentalist (CTV, CBS).
I now regularly order movies from my Apple store and they're sent directly to my computer for me to enjoy.
And down the street a couple of college chaps have disconnected from their increasingly costly cable TV service and built their own antenna on the roof where they get great signals off the air and at no extra charge.
My feeling is that Canadian network TV is in a lot of trouble. And it's getting worse with those marvelous Olympics ratings simply a red herring.
First of all there are those annoying TV ads asking all of us to support local TV.
My response: what local TV?
What local TV does CTV have outside of newscasts?CFTO used to have local interview shows, kids shows, all gone these days.
And don't get me going about all those cable channels nobody seems to watch.
I've yet to meet anybody who admits to watching the Outdoor Life Channel. Have you? What about Book TV? Or Star?
CTV and Global have been outbidding each other for the rights to U.S. shows we used to be able to watch from the Buffalo outlets.
To maintain a monopoly the Canadian networks then get the cablecasters to black out the U.S. signals and substitute their own.
This is called "simulcasting" but it really means most of the schedules of CTV and Global are made up in Manhattan.
If ABC runs Grey's Anatomy Thursdays at 9 then CTV will do the same meaning the average TV viewer has no choice when to watch it.
CTV and Global have always stinted on their Canadian content shows. This season, however, CTV seems to have some genuine new hits in Hiccups and Dan For Mayor.
But where are the Canadian TV movies that define our country's uniqueness
Global's position is very dire at the moment as it struggles to find new ownership once again.
Over at CBC the publicly funded CBC has ditched its high arts programming altogether for U.S.-style programming like the series The Border and Being Erica (both of which I enjoy).
But continuing chipping away of programming dollars by the federal government means CBC has lost its clout.
Look at the way The National has been restructured featuring Peter Mansbridge wandering around a set that looks like a disco bar.
Unless the CRTC gets networks to invest more in Canadian programming and cease pouring most of the money into U.S. series the future of Canadian TV seems very dire indeed.
So how to comprehend CRTC's Monday decision that sends CTV and Global back to the cable companies to argue about how much if anything Rogers or Shaw or other cable concerns will give them as fee for carriage.
Rogers says it will merely add anything to your cable TV bill. But cable TV is in a perilous position as many of us tune out and veer over to the Internet.
The CRTC says it will mandate expenditures for Canadian content must be 30 per cent of total programming dollars. A few years ago it was 50 per cent. This is progress?
It also calls for continuing 50 per cent Canadian content in prime time. Get out your pocket calculator and measure for yourself and you'll find many nights of the week CTV and Global have no Canadian shows outside of news and those gossip things.
That's because each hour of Canadian content counts for 90 minutes of content, a bizarre exercise in mathematics I've never been able to comprehend.
And what will happen when the trickle of viewers switching over to the Internet to watch TV shows becomes a tsunami?
TV networks think it won't happen.
But it already has to newspapers and very quickly so everybody look out.
Posted by james bawden at 3:30 PM