In Search Of Hockey Canadiana 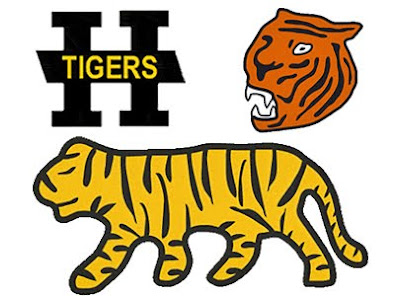 The courier was banging and banging on my door with a rushed DVD. And I'm glad I answered because it turns out to be one of the best history lessons Canadian TV has turned out this year.
Because Hunting The Last Hamilton Tiger is about more than searching for the last sweater of the famed Hamilton Tiogers hockey team.
The hour long documentary uses that premise as the focal point for a look backward at what a progressive city Hamilton was in the 1920's and contrast this with the city's present dire state.
It's also a look at the NHL during an era when players were paid a pittance. One old hockey jersey is displayed for the camera complete with dried seams of blood. Players battered and bruised each other using heavy sticks to maim the opposition and played on ice filled with cracks and crevices.
The film follows one obsessed collector, Hamilton investment executive Russ Boychuk on his seemingly never ending quest to find the golden grail of hockey memorabilia --the missing last sweater of the only NHL team to play in Hamilton.
If Boychuk ever had found the sweater --and it's apparently still out there somewhere --then the story would end, the quest would be over and we'd lose an expertly told story of how Hamilton and NHL hockey got from there to here.
Of course it helps to have known that Hamiltonians never quite recovered from losing the coveted franchise to Americans way back in 1925. In a way they've been trying to wrestlecontrol of another franchise ever since and almost succeeded in getting the beleagured Phioenix franchise to relocate this year.
Back in 1925 Hamilton was prosperous, thriving, with an increasing population and an NHL team that went all the way to the playoffs. Then the players went on strike for more money and team owner Perc Thompson everything to a New York businessman who rechristened the team the New York Americans.
I know all about that deal. In 1971 as a fresh faced journalism graduate I arrived at The Spectator as the 24-year old TV critic. Everywhere I went I heard about the legendary Tigers. One aged resident remembered how citizens would pelt Thompson with rotten fruit whenever they saw him on the street.
The 1925 still photographs at the top of the hour show a city that looked much the same in 1971: the Right House department store was still there, the movie palaces, the Palace and Capitol were still standing.
Cameras follow Boychuk on his never ending quest --he finds a Hamilton dealer who claims he sold the elusive woolen jersey in the early 1990s.
But this becomes more than an hour about a sweater. It's about the mindset of collectors. Back then who could have figured a sweaty, woolen jersey would one day be worth upwards of $100,000?
A lot of famous sports guys have their say and we even visit with "The Sweater Detective", a guy who can buys and sells historical hockey sweaters for six figures.
The sweater stuff fascinates but this is also a glimpse of recent Canadian history and why so much Canadiana including a prized hockey franchise got gobbled up by wealthier Americans.
Or am I over reacting because I once lived in Hamilton?
And here's my conflict of interest note: director-executive producer David Wesley once succeeded me as The Spec's TV critic although I haven't seen him in years.
He's produced an instant classic of Canadiana that should have a long shelf life on Canadian Sports channels I believe.
I really don't want that Tiger sweater to ever be found. I much prefer the excitement of the chase and the hunt to any happy ending.
MY RATING: *** 1/2.
HUNTING THE LAST HAMILTON TIGER IS ON CBC DOCUMENTARY WED. NOV. 4 AT 8 P.M.
Posted by james bawden at 2:41 AM