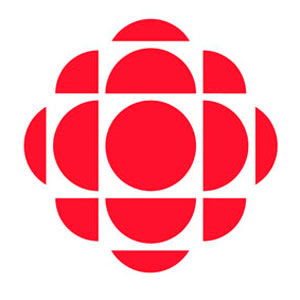 Just when my faith in the future of Canadian TV documentaries was fading along comes the challenging hour Carbon Hunters. And surprise! It gets pride of place on CBC-TV Thursday night at 8 (repeated Friday at 10 p.m. on CBC News Network).
The very title is catchy. I kept thinking of big game hunters until I realized this prey was far more profitable.
Guess I'm behind the times but I never realized one of the biggest growth industries around involves carbon credit training --this year it's a $100 billion industry. And it was all started as we see via a news clip with a suggestion by Canada's former U.N. ambassador Maurice Strong.
From a struggling beginning the industry now involves over 200 international companies which sell carbon credits in an effort to thwart global warming.
At least that's what they claim. Critics maintain a market-driven policy is really no solution at all with polluters buying up carbon credits while continuing to pollute the atmosphere.
The visuals will keep you interested: cows in India give off tremendous amounts of methane gas which can be trapped and piped into homes as fuel.
An entrepreneur buys million of acres of Amazon rain forest and offers them to a Canadian businessman to sell as carbon credits.
And so it goes from the Alberta Tar Sands to a British funeral director to Indian peasants out in the fields. They're all buying and selling carbon credits.
But director Miro Cernetig is quick to point out the differences between going green and getting greedy.
And many supporters have been stung by the highly unregulated industry including the rock band Coldplay who urged fans to invest in tree plantings in India --but most of the trees did not survive.
And a Canadian who invested in an Air Canada plea for tree plantings visits the site where the saplings will probably not thrive.
There's lots to think about here and both sides get chances to explain their strategy. A balanced documentary doesn't have to be dull.
Carbon Hunters keeps continent skipping, showing us the losers in the game (Philippine peasants living beside a huge garbage dump) and some early winners (Vancouver entrepreneur Shawn Burns).
It's literally all over the map but still with a Canadian point of view,a feast for the eyes and with things to think about later.
MY RATING: *** 1/2.
CARBON HUNTERS PREMIERES THURSD. NOV. 26 AT 8 P.M. (REPEATED FRID. NOV. 27 AT 10 P.M. ON CBC NEWS NETWORK.
Posted by james bawden at 1:15 AM