Does TV News Have A Future? 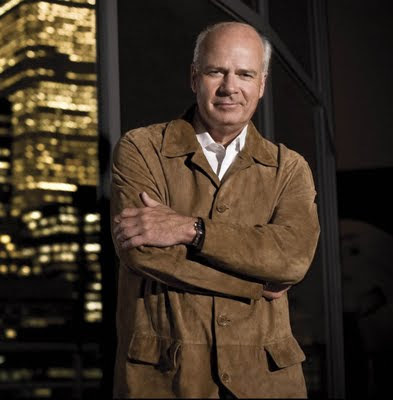 The news these days is all about the shaky status of network TV news.
On Wednesday CNN lost its last original anchor in feisty Lou Dobbs who started out as a respected host of a business series that morphed into the network's sole right wing take on the day's news.
Dobbs and CNN suits had been sparring since summer when he incessantly questioned President Obama's status to be U.S. leader --it was all about that missing Hawaiian birth certificate.
It's strange but silver haired Anderson Cooper failed to mention Dobbs' decision to instantly quit. However industry insiders are guessing Lou has a future either at Fox News or MSNBC.
Cooper is hardly hot at this moment. As support for Obama droops Cooper's liberal stance has seen viewers deserting him in droves. In the all important 18-54 age group he's now listed as fourth in cable network news --he's even behind Nancy Grace repeats on CNN's sister station Headline News.
Over at CBC's National there's been another format change.
And? Well I still don't like the format which is hardly innovative. After all Peter Jennings became the first Canadian anchor way back in 1962 when he stood as that network's first anchor.
Mansbridge has been around forever and really knows CBC's internal affairs. He'd been fighting a robust rear guard action ever since respected news head Tony Burman was packed off. Burman did much to make CBC News a distinguished entity.
But that was before U.S. consultants were let loose and what has emerged is a melange that often resembles the Game Show network --all glitz and very little substance.
When CBC News was originally moved to 10 p.m. more than 25 years ago I was dubious.
At 11 p.m. CBC News frequently overtook CTV's more stylist telecast starring CBC refugee Lloyd Robertson.
The movement to 10 was to accommodate the fledgling Journal which never really captured the hearts and minds of viewers.
And let's not forget there even was a temporary move to 9 p.m. which was initiated by then CBC head programmer Yvan Fecan now head honcho at CTVglobemedia.
At 10 CBC is up against all those top rated U.S. procedurals which give a huge audience lead in to CTV's Robertson at 11.
TV critic Bill Brioux is the ratings sage these days and he's reporting on Monday Global news at 5:30 with Kevin Newman notched a terrific 1.16 million viewers while CTV at 11 had 1.38 million and CBC at 10 a still respectable 545,000. And that's about all CBC can hope to get at TV's most competitive prime time hour.
CBC lost some terrific reporters for economic reasons in the past few years and all the cosmetic wizardry can't cover that up. More money is needed out in the field with less spent inside the studio which looks like a disco lounge.
And Peter Mansbridge could sit down if he really wants. Standing or sitting he's a mellow, articulate anchor.
And one final point:all three Canadian anchors are seasoned white guys while American TV's three anchors will soon include CBS's Katie Couric and ABC's Diane Sawyer. The times they are a-changin' but I'm still not sure if it's for the better.
Posted by james bawden at 11:24 PM