Now I Answer Some E-Mails 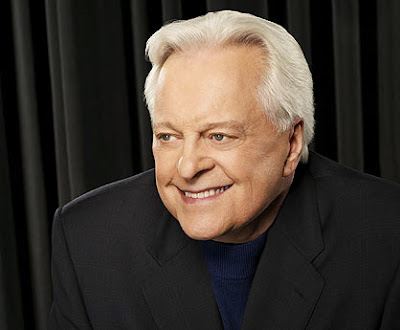 I'm getting enough e-mail queries to put them all together in one batch:
Q: I hear NBC Southland is getting its second season cancelled even before appearing. What gives?
A: It's true NBC cancelled the second season of the well received cop show after initially greenlighting a second season. That means six hour episodes have already been filmed with more to come. Now I'm hearing a deal with TNT is imminent which doesn't help Canadian viewers much. So far Canadian cable doesn't pick up TNT so it's over to Showcase and The Movie Network to see if they're interested in picking up Canadian rights.
Q: What's with Robert Osborne of Turner Classic Movies. The other night he introduced a movie by saying it had Claude Rains in a perfect Hitchcockian thriller. Instead Rains appeared in the Depression era drama Saturday's Children. And last night he promised us Daphne Du Maurier's gothic thriller Rebecca and up came Experiment Perilous.
A: When TCM finally hit Canadian TV there was cause for cheering. But fully seven per cent of TCM's library of classic films can't be shown as yet --Canadian networks have these rights and in some cases TCM won't gain control for years to come. In the case of Notorious and Rebecca CBC currently holds the Canadian rights and CBC has recently shown both of these movies late nights.
Q: Please explain the currently raging controversy over the disappearance of local TV unless cable companies fork over enough dough? These ads are driving me crazy.
A: I just can't because it makes no sense. What local programming is there these days on CBLT and CFTO outside of newscasts?
CBLT used to offer varied local fare from Barbara McLeod's local talk show to a night club show and another featuring Oscar Peterson. CFTO even had a regional director one Yvan Fecan who now runs CTVglobemedia. CFTO had kids shows like Uncle Bobby, Joyce Davidson's talk show, Isabel Bassett's weekly current affairs show. All have disappeared to make way for cheaper U.S. imports. CTV now has no Canadian talk show on its schedule whereas a few years back there was Dini Petty, Vicki Gabereau and Mike Bullard.
If the networks are financially troubled these days it's because of the huge fees they have paid out to import U.S. series --the figure is well over $600 million for this season. These shows just aren't attracting national advertising as they used to before the recession kicked in.
Posted by james bawden at 10:59 PM