Jay Leno Is Bringing NBC Down 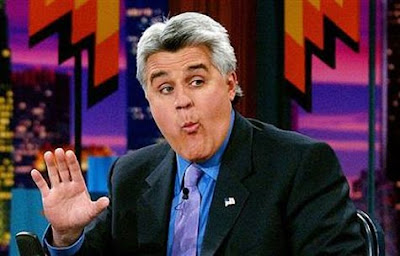 I've been hearing whispered rumors from my U.S. sources and now The New York Times' ace TV critic Bill Carter (an old buddy from TV press tours past) has taken the Jay Leno story public.
Simply stated Carter's story says Leno's bad ratings performance is dragging NBC down in many ways.
I've already noticed the erosion in ratings of Conan O'Brien's revamped Tonight Show. I still state this is due to Leno's departure and not the repositioning of Leno at 10 p.m.
But Carter also notes a downturn in NBC's top rated Law & Order: SVU which was switched from 10 to 9 p.m.
I'd agree it is a 10 p.m. show and does not work as well an hour earlier.
Leno's ratings most nights are indeed anemic but are actually better than the bad numbers posted last season by NBC's wilting dramatiuc hours.
Some NBC sources say there'll be a dramatic upswing once CBS drama hits go into reruns.
Anyhow Carter's story "Debate Over Effects Of Leno's Show" should be read by all TV addicts. It ran in the NYT on Oct. 11. Got that?
Posted by james bawden at 3:41 AM