The New TV Season So Far 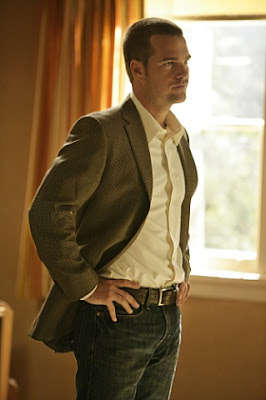 Here's what I'm learning on the phone from L.A. Sources about the new TV season:
1. As predicted here CW's Twilight clone The Vampire Diaries is notching huge numbers among teenaged girls. What is it with sexy, teen vampires anyway. The ratings lift has been so big CW has renewed it for an entire season. But the dog awful Melrose Place is also being picked up (for five more episodes ) which is time enough for Heather Locklear to work her ratings magic.
2. Biggest new hit of the year is CBS's NCIS: Los Angeles. Oh, all right it's a spin off so this is yet another case of TV replicating itself. After all CBS has three editions of CSI while NBC has three of Law & Order. NCIS:Los Angeles as reported in Entertainment Weekly is currently ranked 14th but has a very low percentage of DVR viewers: that's because the audience is significantly older.
3. Insiders are saying the very disappointing Eastwick heads the list of new series which will be promptly cancelled at season's end. Also heading for the executioner's block: Hank, The Middle, Cougar Town and probably from seasons past it's farewell for Ugly Betty and Private Practice.
So tell me what series new and old you are fed up with.
Posted by james bawden at 10:49 PM