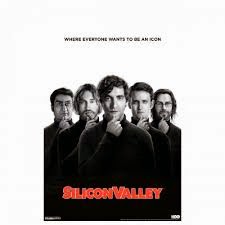 I have just seen the future of the TV situation comedy and it is titled Silicone Valley.
This brand new, hysterically funny half hour gets a special premiere Sunday night  at 10 on HBO Canada immediately following red hot Game Of Thrones.
Look, every other TV critic out there will be fixated on the return of ratings smash GOF and good luck to them.
As a TV critic I've always been the contrarian and I'd like to instead highlight something that's going to be very big in the future.
First up getting the prized slot right after GOTis akin a new show coming after the Super Bowl.
In one fell swoop viewers are going to become addicted or they'll never turn in again.
All I have to mention is that the creator is Mike Judge who gave us Beavis And Butt Head and I'll stand back and let viewers stampede to the preview.
Silicone Valley is what Big Bang Theory could be if only it didn't have to pander to the masses in the network ratings wars.
Judge and co-writers John Altschuler and Dave Krinsky (both from King Of the Hill) have created the driest, wittiest sitcom I think I've ever seen.
Starring as nondescript programmer Richard is the wonderfully understated Thomas Middleditch from The Office. He's perfectly cast as an addled computer programmer who like thousands of others lives in Palo Alto and dreams of devising a computer program he can peddle to the big boys and emerge a millionaire.
He peddles it to the bizarre leader of computer millionaires Peter Gregory played with magnificent touches by the talented but sadly late Peter Gregory (the late Christopher Evan Welch).
In a stunning loss for the show the incredibly gifted Welch died Dec. 2 2013 at the age of 48 from lung cancer --you'll remember him from the TV series Rubicon and such movies as The Good Shepherd.
I'm told 5 1/2 episodes with Welch had been filmed at the time of the actor's death and that the planned plot will continue as is for the first season.
Partly inspired by Judge's own experiences as a Silicone Valley engineer in the late 1980s, Silicone Valley is beautifully under written and under acted.
Since there's no studio audience to mug to the actors are very careful about their characterizations. Humor comes from the actual situations and is truly believable.
Other "types" are the long suffering best friend called Bighead played with just the right insouciance by Josh Brener ((The Internship), the totally pompous and fraudulent Gilfoyle (Martin Starr from Freaks And Geeks) and Kumail Nanjiani (Funny As Hell) as dry Dinesh.
J.K. Miller (High School USA) is the self-made millionaire Erlich and Zach Woods is Jared the very irriating middle manager.
Middleditch must get us to like him and root for him even though he is so shy and unassuming. He does so by showing what a nice guy Richard can be as all around him press him to simply fire slacker and best bud Big Head.
There are many laugh-out-loud jokes especially when we're in the company called Hooli which plays like a magnificent send up of Google. It's wacky campus is all a dot com billionaire company should be.
Pitched against the screaming sitcoms on the commercial webs and Silicone Valley might strike viewers as agonizingly slow. Which it is. As the nuances build it acquires "must see" status. I watched the first four episodes and couldn't stop.because every character even if exaggerated still seemed achingly real.
Silicone Valley points the way to a new era of intelligent and funny sitcoms that are completely satisfyingly because of the characters who star in them.
SILICONE VALLEY PREMIERES ON HBO CANADA SUNDAY APRIL 6 AT 10 P.M.
MY RATING: ****.