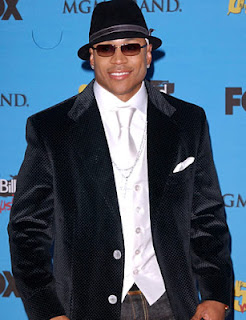 Shaw Media which owns Global TV as well as a bevy of lucrative specialty channels unveiled a fall schedule filled to the over brimming  with American hits.
In the fall Global will add only seven new acquisitions, an indication the Canadian network is already stuffed with such big ticket shows as Glee, twin versions of NCIS, Bones, Hawaii Five-0 and The Good Wife.
The gala presentation was held at the brand new Trump hotel which is ironical since Global told the Donald Trump "You're fired" when it shunted his lack luster TV effort The Apprentice to Saturday nights.
But it took veteran TV scribe Bill Brioux to impudently ask the big question of the day: in terms of Canadian content "Where's the beef ?"
Global won't have a single scripted Canadian series old or new on its fall schedule and Global vice president Barb Williams says that's been deliberately planned.
Williams pointed out Global's huge new Canadian hit Bomb Girls might have bombed given the intense competition during the new fall season.
Instead Global carefully plopped it into the midseason schedule, watched it prosper and it will be returning for a second season.
Currently running is Global's Rookie Blue a hit also on ABC because it is scheduled after the prime time season officially ends.
When I asked Williams if it hurt to see such an outstanding series as Combat Hospital bomb on ABC yet be such a hit up here, she nodded. It won't be coming back for a second season because it's too costly to make on its own.
Global also dropped the fine Canadian procedural cop show King when it failed to get a U.S. pick up. Williams says on reflection she should have run it on Global instead of Showcase which specializes in quirkier homegrown series like Haven and Lost Girl.
All in all Shaw had better Canadian drama series the past year than did CBC.
Williams also told scribes the network collectively cheered a bit when Fox moved Glee to Thursdays at 9. She says it's the nature of the Canadian programming beast to go for as many simulcasts as possible and this fall Global will simulcast 16 prime time hours a week  out of a grand total of 21 hours.
New acquisitions include yet another modern day version of Sherlock Holmes featuring Jonny Lee Miller and in a strange twist Lucy Liu as Watson.
After viewing 41 pilots for new shows Williams picked it as the possible break out show. But I gently reminded her she said the thing about last season's dud Prime Suspect.
Williams replied NBC should not have plopped that one into the most competitive hour on TV: Thursdays at 10.
New  drama acquisitions include the submarine saga Last Resort with Andre Braugher and Scott Speedman, the 1960s drama Vegas with Dennis Quaid, the legal minded Made In Jersey with Janet Montgomery and Chicago Fire with Jesse Spencer from House.
And Global has two new sitcoms: Go On with Matthew Perry and Guys With Kids with Jesse Bradford. Waiting in the wings are new episodes of the faltering The Office.
It's big news that Shaw is bringing the U.S. cable channel Lifetime to Canada and rebranding its faltering cable outlet Showcase Diva to do so. And H2 will be a new cable channel spinoff of History, Canadian TV's most popular channel with such fare as American Pickers and Pawn Stars.One of Lifetime's upcoming reality shows will highlight the adventures of transgendered star Jenna Talackova and there'll also be the new TV flick Liz And Dick starring Lindsay Lohan.
Global is also picking up for daytime the latest talk show effort starring Ricki Lake who had a chatter show from 1993 to 2004.
With Oprah's departure Lake says there's an opening for a thoughtful talk effort --something like the old Phil Donahue show. "I did 11 seasons . I actually signed for this before Oprah left. " The way she was received on Dancing with The Stars convinced her the fan base was still there.
Global's other big visiting U.S. star LL Cool J said he enjoyed the crossover with Hawaii Five-0. Asked what other CBS shows his NCIS: LA gang could cross over to he said 60 Minutes but then offered Big Bang Theory because "I could put a gun to a nerd's head."
No wonder he tweeted that he was briefly detailed at the border by Canadian Immigration.