Paradise Falls Is Finally Back 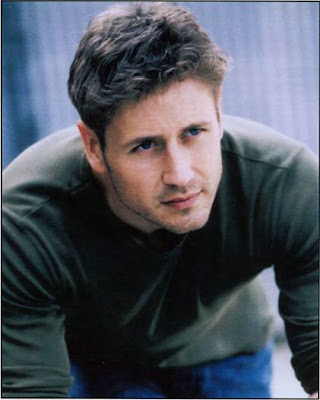 Paraduse Falls is back. And it's only taken nine years to hit season three..
That's right it was a mere nine years ago I drove to the shooting site of the new Canadian soap opera Paradise Falls --it was a hamlet just outside Whitby although most of the series had been shot in Muskoka.
In 2004 I was on the set again up at Sullivan Films off Eglinton Ave. where the main street of the Depression-era seriesWind At My Back had been transigured into Paradise Falls's main drag.
Both times I ventured into the strange, crazy, uninhibited world of one of Canadian TV's oddest yet decidedly funniest ever series.
Paradise Falls debuted just as Showcase was coming on the air and it helped define the character of the feisty cable network along with such other locally made series as Queer As Folk, Naked Josh and Billable Hours.
Made for Breakthrough Films by producer Paula J. Smith and writer Alex Galatis, Paradise Falls spoofed the genre of TV melodrama with an often outrageous blend of nudity, wacky characters, murder and mahem, all served up in a campy souffle of cliches and ourageous situations.
The half hour show has been running continuously on Showcase ever since. A total of 54 episodes were shot at break neck speed and then cast and crew retired for a break of three years because of budgetary problems.
A second batch of 26 episodes was made in 2004 and now comes another 26 episodes actually shot two summers back but placed on the shelf after Showcase was sold off to become a Canwest weblet.
"This really is it," laughs producer Ira Levy who has been with the show from the get go.
"We've got 104 episodes and it only took nine years. We're a hit in the U.S. and in Europe but it's the same old funding problems for Canadian series even if they sell abroad."
Back are some of the first season regulars including Art Hindle as corrupt town mayor Pete Braga, Tammy Isbell and Chantal Quesnel as feuding sisters Rose and Yvonne,Dixie Seatle as transgendered bar owner Bea Sutton, Gemini winner Victoria Snow as town drunk Francis Hunter, and Kim Poirier as her daughter Roxy, Michelle Latimer as wannabe witch Trish Simpkin, and Cameron Graham as Pete's gay nephew Nick Braga.
Other actors begged off because they felt scripts obliged them to strip at every other turn.
Constant watchers will wonder what happened to such previous regulars as Joshua Peace, Allen Altman and Robert Seeliger whose characters have simply drifted away.
New to Paradise Falls are Mark Humphrey, Steve Belford, Wesley Morgan and back from season one is Kim Shriner as mad Jessica who wandered into the woods nine years back and now wanders back.
The original cast are at least seven years older and it shows. they have handed on the nudity assignments to the next generation of actors.
Outrageous? Definitely. Shocking? Not really. And certainly not for everyone. But the series looks as great as ever thanks to the sparkling photography of Jim Jeffrey. The lines are funny if you've watched enough TV soaps and understand how the genre works.
I remember first interviewing Hindle on the set of an NBC TV movie called Clone Master (1978) --considered one of the best ever sci fi TV entries it failed to go to series because the network thought it was pitched above most viewers.
And of course I profiled him on the set of his big CTV hit ENG (1989-94).
And Dixie Seatle? We go all the way back to A Gift To Last (1994) and later I was on the set of her CBS late night hit Adderly (1986-87) several times.
Paradise Falls is one of those test cases proving that even if a Canadian series succeeds it really fails.
There simply was no money in the various production funds to keep it going on a yearly basis.
This is one of the reasons Canadian TV often loses some of its best talent to Los Angeles --and in a delicate twist of irony the shows made down there by an army of expats are then sold back to Canadian networks.
Smith went on to make another cutting edge Toronto series Metropia for OMNIA and that one is also re-running years after its demise. It also got an early cancellation slip due to money problems --ratings were high among its expected teen viewers.
Smith is nothing if not loyal to her casts --you can spot a few Metropia actors here.
I'm sworn to secrecy but I can say the show starts up again with a very strange marriage and ambles on from there. Braga is running again for mayor and I dare you to guess his main competitor this time. There's a murder or two out in the dark, threatening forest. Basically, the characters continue existing in their own special world.
Because of the tight budget everything was shot totally out of sequence and this does not seem to have bothered the actors.
Watch enough episodes and you'll see Snow give a bravura performance as a rather nasty drunk and Seatle imbuing her character with warmth and insight.
So is this it?
"I truly hope so," laughs producer Levy whose company Breakhrough Films (with partner Peter Williamson) has been at it for 25 years --their latest production Less Than Kind just garnered a gaggle of Gemini awards.
"I think it has a future on DVD but truly there have been no offers. I can see it clicking there next."
THE FIRST TWO EPISODES OF SEASON THREE OF PARADISE FALLS rev up Wednesday night at 9 on Showcase and Showcase HD.
Posted by james bawden at 1:02 AM