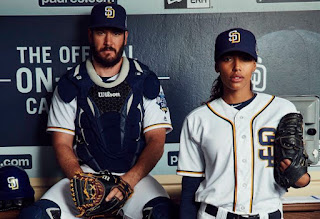 It's that time of the year for the ailing U.S. networks to cancel all the series which they figure aren't working.
FOX surprised us all by dumping Sleepy Hollow after four seasons--the wonderful period drama with Tom Mison as Ichabod Crane lost a quarter of its audience this season.
Just as surprising was the axing of the police procedural Rosewood after a mere two seasons--it lost fully half its first year viewers.
It was three strikes and you're out for Pitch about the first female MLB player --trouble was sports fans simply were not interested.
The Live Action CGI Son Of Zorn starring Jason Sudekis lost fully half its fans over its first season and is out.
Also cancelled: Making History and APB.
I was surprised ABC dumped Last Man Standing but the web says the Tim Allen starrer had lost its punch after six seasons.
After only five episodes ABC pulled Time After Time with Freddie Stroman as H.G. Wells.
ABC also canned Conviction with Hayley Atwell as a wrongly convicted former First Daughter.
ABC also canned American Crime with Felicity Huffman and Regina King after three years.
Also gone: Secrets And Lies, Imaginary Mary, Dr. Ken, The Catch and The Real O'Neals.
NBC's time travel drama Timeless was dumped after a mere season.
Emerald City set in Oz expired after one year. Powerless all about superheroes isn't coming back. And the spinoff The Blacklist: Redemption lasted but a season.
CW pulled Frequency as well as No Tomorrow.
CBS axed Doubt with Katherine Heigl after only two episodes.
CBS's medical drama Pure Genius with Dermot Mulroney is also out.
Disney cancelled Girl Meets World-the spinoff of Boy Meets World--after three years.
That's all I know but it's a pretty damning indictment of the way old form network TV is slowly but surely unraveling.