The Thread: Must See Documentary on TVOntario 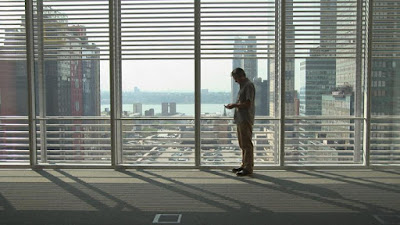 What a surprise --director Greg Barker's new documentary on the Boston bombings, titled The Thread, comes in the month when TV usually showcases reruns of old Christmas specials.
That makes The Thread easier to catch, I'm guessing.
It premieres on TVOntario on Wednesday December 9 at 9 p.m. Got that?
As one who worked for four decades within the "old journalism" --newspapers to you older folk --I was astonished at the impact of internet users as the bombing unfolded live on TV.
In ye olden times people would be turning to live coverage on 24/7 news channels.
No longer.
By 2013 many younger people turned instead to the internet and resorted to a sort of "vigilante justice" as they debated among themselves who the killers might be.
They were trying to aid the police, of course, but in several instances managed to tar innocent people.
On such services as Reddit they corresponded among themselves and formed a sort of electronic village council not bound by the usual standards of libel --in effect they became part of the event and drove the rumors and stories in several wild directions.
Now The Thread would not work so brilliantly without the access Greg Baker enjoyed among key access among the leading protagonists.
My first reaction: these are well spoken young people who were soon leading a whole phalanx of bloggers and writers and they scarcely understood how powerful they were for the first few days after the bombings.
There's the shy, introverted screenwriter living in a modest basement apartment who got the job of directing the traffic on Reddit and was completely surprised by the hate speech accusations he tried to delete.
Superb editing gets us right into the chase and we see how wrong conclusions can have a devastating impact.
Of course we also know who had done the killings --but in real time this electronic detective tale winds all over the place.
The tension builds and builds as the amateur detectives spout out theories, point fingers, speculate on people based on media pictures --a burly guy with a giant back pat is quickly spotted in one news clipbut it is a false lead.
One high profile suspect is twentysomething Sunit Tripathi because he has gone missing, his family is worried, and he has ethnic features --but as it turns out he committed suicide before the bombing took place.
After such a barrage of unfavorable publicity the Tripathi family is devastated.
The race for scoops makes for many ill informed leads leaking out and becoming accepted as fact.
Barker does an exceptional job of stitching together the interviews with participants who were making up a new form of journalism as the news unfolded.
Baker won an Emmy for his documentary Manhunt  on the CIA's attempts to capture Osama bin Laden.
I fearlessly predict The Thread should win him a second.
THE THREAD PREMIERES ON TVONTARIO WEDNESDAY DECEMBER 9 AT 9 P.M.
MY RATING: ****.