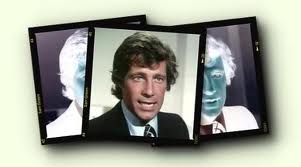 It was exactly 43 years ago that I arrived at The Globe And Mail for my second stint as a summer entertainment reporter.
There I was, eager, callow, hard working when I landed the plum assignment of covering the TV beat, substituting for the great scribe Blaik Kirby who was on extensive leave.
It was the golden age of Toronto's TV criticism so far as I was concerned.
Blaik held down the G&M fort although he also had to double as the paper's nightclub critic.
His proud boast was he watched as little TV as possible.
In fact when I once asked executive editor Dick Doyle why TV wasn't a full time beat Doyle drawled "I'm hoping it will all go away."
Over at the mighty Star Patrick Scott had reigned supreme as the nastiest critic on the block. His acid tinged review of a Sammy Davis Jr. show included the line about a one-eyed black Jew that was a new low in Canadian journalism as far as I was concerned.
But Scott had recently jumped ship to become a roving critic --his first posts were coming in from Australia.
So he was replaced by Jack Miller who'd been TV critic at The Hamilton Spectator since 1954 --I believe he was the first in all of Canada but Gordon Sinclair once told me he'd been there first.
The Telegram had Bob Blackburn as wily an old coot when it came to discussing the biz aided and abetted by entertainment editor Roy Shields who had once been the star's TV reporter.
First up for me was an assignment to cover the CBC's buying spree in Los Angeles.
In those days CBC had the money and position to buy any American show it fancied for the fall.
Programming pooh-bah Thom Benson would lounge by the pool at L.A.'s ritzy Beverly Wilshire hotel and have the programmers come to him with their wares.
Prices were ultra low. Benson boasted to me of his multi-year deal to nab Mary Tyler Moore for $2,500 an episode --today a Top Ten sitcom sells for over $100,000 an episode.
Note: Mary was such a stickler that when CBC insisted she records ads for her show debuting on CBC she balked at the line "8:30 in Newfoundland" and phoned the editor of the St. John's Telegram to ask how he pronounced Newfoundland.
Shows that Benson didn't wan? He'd say "Ship 'em to CTV" and the buyers would rush off to try to interest CTV president Murray Chercover in Benson's left overs.
Chercover stayed down the street at the less luxurious Beverly Hilton.
Sometimes a left over could become a smash --CTV had the first year rights to Laugh-In but Chercover spurned a three-year contract because he wasn't sure how the public would react to such skits.
When it took off Benson coldly bought away the rights for the second season --and three more years after that much to Chercover's rage.
In those days with cable TV still in its infancy there was no such thing as simulcasting.
Benson would likely plop a MTM on a day or so before its American run in a stunt he called "prerelease".
After CTV had shifted through its needs the bottom of the barrel shows would go to CHCH. In fact some shows back then never did get a Canadian release.
When I once asked Chercover why in those days there was no CTV fall launch he shrieked "Kid, my big Canadian shows are Littlest Hobo and Headline Hunters. You want me to promote that stuff?"
Over the next few years I'd dutifully trek out to CFTO's Agincourt studio to get on the set of such CTV Canadian content as Stars On Ice, Half The George Kirby Comedy Hour, The Pat Paulsen Show, Simon Locke MD, Police Surgeon. On the set of Pig "N Whistle I interviewed legendary dancer Jessie Matthews.
But I also dutifully covered CHCH's Canadian content outings with on set visits to Party Game, The Hilarious House Of Frightenstein, Ein Prosit and The Palace.
Remember any of those?
I remember hanging out with Rita Moreno and Shelley Berman on the Hamilton set of a game show the name of which escapes me. It was the pilot and never was seen-- except by me.
When I mentioned it decades later to Moreno she broke into a sweat and stammered "You saw THAT?"
My CBC set visits were equally composed of the good, the bad and the ugly.
I was on the set of a new series starring Barry Morse and Lois Maxwell titled Sleuth. The pilot seemed OK but it was never aired. and no further episodes were made.
Other CBC series I frequented early on include Delilah with Toby Tweed (she was a lady barber), a Frankie Howerd outing that cast him as a landed immigrant opposite Barbara Hamilton as his land lady,
a Kate Reid drama accidentally wiped by a technician and never seen, a police movie with U.S. imports Stefanie Powers and James Franciscus.
Hey, I could go on and on.
Obviously things have changed. Canadian programmers are now in L.A. buying up all new and returning U.S. series to be simulcast. They'll spend so much that there won't be much left for their Canadianb content shows.
Hey, that line sounds very familiar.
It seems to me more Canadian shows were being made way back then.
And it was my job to see them all which was kind of fun of in a strange sort of way.
But here's my question: Which era was golden for Canadian talent?
Forty years back or today?
I know but do you?