Nerve Centre Back On Discovery 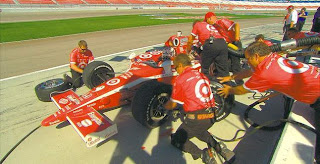 It's time to welcome back Discovery Canada's Nerve Center for a second spectacular season. This finely made show takes us behind the scenes for thrills and chills which are completely unrehearsed.
The first two hours rev up on Discovery Sunday night at 7. Got that?
But this is no reality outing with everything made up.  In one sequence somebody crashes with tragic results --I'm not giving anything away when I report this.
First up is an hour examination of all the logistics involved in mounting the Cirque du Soleil spectacular KA" in Las Vegas. At first I though I was seeing a repeat --then I remembered that last season there was a similar excursion on the set of a Cirque du Soleil water extravaganza titled O.
Both hours have the sameness of exploring the technical minutiae that goes into these shows.
But the Ka episode, I humbly submit, is very different indeed.
With KA we go inside production central to meet the gifted technicians and engineers who keep the huge enterprising spinning along. There's a race to introduce a key new actor but during rehearsals everything seems to go wrong and the amount of smoke manufactured means one technician cannot drop the heroine through a small hole and onto a safety cushion --they're also engaged which makes the feat even more fraught with tension.
Then there's the slow and steady drip of oil from a hydraulic lift which could conceivably stall the whole enterprise if not fixed immediately.
This race against time is fascinating enough.
But it is dwarfed by the sheer terror engendered in the second hour which looks at the Indy Car Championship racing that also occurred in Las Vegas.
Again the first shots are deceptively simple as we get to know the all star cast of drivers plus the mechanics who get the cars into shape. The accumulation of details is impressive --mechanics can change a sputtering wheel in four seconds, any more time and the race might be lost.
Scenes with the  track safety inspector are particularly chilling because this one was photographed during the fiery car crash which caused several cars to burst into flames and champion Dan Wheldon's car to fly more than 100 meters in the air before hitting a wall and bursting into flames. And he subsequently died.
It's such a stunning moment that it sucked all the oxygen out of me. Suddenly this was no mere TV program but a portrait of one man's courage who dared death and failed to overcome adversity. And the images are equally stunning right down to the track mechanic who hears the news and then takes one last puff of his cigaret before trying to help in the rescue.
In fact up to that moment Nerve Center was focusing on two other drivers and their teams: Scott Dixon and Oriol Servia. But at that second none of them matter anymore, the plot has changed and deepened. It becomes an epic about survival and then death on a raceway in Vegas.
As usual production details from camera work to editing are impeccable --Kathryn Oughtred is the executive producer for Exploration Production Inc. (EPI).
NERVE CENTER SEASON 2 PREMIERES ON DISCOVERY CANADA SUND. AUG. 17 AT 7 P.M.
MY RATING: ****.