No Stone Unturned: A Brilliant Documentary 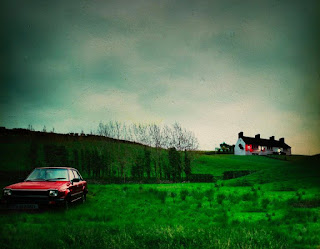 In the brilliant new documentary No Stone Unturned ace director Alex Gibney tells us he stumbled into this true story while making another film about the World Cup soccer matches in 1994.
The details are precise: on June 18, 1994, in a very small pub in Northern Ireland a group of men were watching the match on the telly when two men came in the front door and shot to death six innocent people.
What Carney has done is not only recreate that event with all its brutality but ruminate on the massacre and why it remains unsolved to this day although the British government believes it knows the identities of the killers.
You can catch this four star production in its North American premiere on TVONTARIO Saturday night at 9.
I couldn't stop watching because Gibney is telling a true story and unraveling layers and layers of concealment.
The killings happened more than 24 years ago but as eye witnesses relate each and every incident the incident seems as vivid as yesterday.
The six victims of the Loughinisland massacre were ordinary folk and simply enjoying a night out when the masked killers sprayed the pub from a Czech-made automatic weapon.
We get what are victim statements from the relatives who calmly relate the state of the country --a civil war was ongoing between militant Catholics and Protestants.
And police had a clear idea who were the killers almost from the outset.
But evidence was either deliberately mislaid or destroyed and no one has ever been charged.
Gibney sets the scene brilliantly giving us a detailed dissection of the state of race relations between the two warring factions.
The Troubles had been bubbling forth for decades and over 3,000 people had been killed. The World Cup might have been a unifying moment after so much bloodshed.
In a strange way Gibney's film is beautiful: the stark images of the green countryside are intersperced with footage of the riots and the random killings.
We see even young children play acting with their toy machine guns and bloody faced spectators being led away by police after senseless bombings.
Gibney sets the scene that fateful night --June 128 1994 as Ireland played Italy at the World Cup and he takes us inside the Heights Bar, a very obscure pub in this County Down village as patrons watched the game live from New Jersey.
Gibney brilliantly mixes archival footage with remembrances of survivors and relatives of the slain pub members --the oldest was a darling old man of 87.
Many have been emotionally scarred for life. But just as shocking is the investigative work showing the British government pretty soon knew the identities of the killers but never acted because of polkitical considerations.
Gbney's reasons for this stonewalling can't be revealed here --you'll understand by watching this densely textured profile of a village that has never quite been the same decades after that fateful night.
NO STONE UNTURNED HAS ITS NORTH AMERICAN TV PREMIERE SATURDAY FEBUARY 10 ON TVO AT 9 P.M.
MY RATING: ****.