Good News: Jennifer Gardy Is Back On Nature Of Things 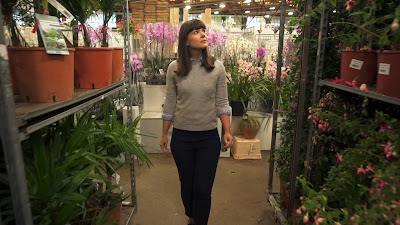 Big news of the TV week is the return of Jennifer Gardy to CBC-TV's The Nature Of Things with the fifth of her popular Myth Or Science specials.
"The first four were all big ratings hits," reports Dr. Gardy "but I never guessed when we started we'd be doing a fifth installment."
Check it out on CBC-TV Thursday at 8. Got that?
Gardy says the specials have evolved. "But I think we get better with every outing. There's the same director (Jeff Semple) --he's only missed one. And the same camera crew who know what visuals are necessary to sell the story."
And may I add Jennifer Gardy, 37,  is the best looking scientist on TV these days with impeccable credentials to boot --in her day job she functions as assistant professor at the University of British Columbia's School Of Population And Public Health.
Says Gardy "It all starts with an idea. In this case we wanted to look at our senses and see how our brain is wired to adjust to different senses.
"We always start with a basic game plan and our superb research team then goes about compiling as many possible segments as possible. This takes months and then the chosen experiments have to be whittled down to about five or six.
"I mean we have to get just the right images to back each experiment."
Gardy is front and center in each demonstration.
"Yeah, that's right. I'm the guinea pig standing in for the audience. My reactions obviously are not scripted. It's first response and that's fun. Each experiment's filming takes a few days. The challenge is to get these academics fully relaxed in front of the camera.""
So Gardy also gets to travel to other continents to be included in each test as well as pre-interview the researchers and other participants.
"We generally film in May and June because the universities are out by then but the researchers have yet to leave on summer vacation.  So we shoot in Canada as well as Europe and the U.S."
I liked the meeting between Gardy and the English magician turned professor of psychology at Goldsmiths University in London. He shows her sleight of hand tricks which are delightful. In this case seeing is different from believing.
At Oxford University Gardy meets the neuroscientist who uses the potato chip test to determine the freshness of foods. Gardy fails this test is all I can say!
At the University of Leeds Gardy listens in to a faked lecture in which students are shown all sorts of creeping insects. Will they start scratching or what? I know my left arm was itching furiously.
Says Gardy "My favorite was at UCLA's Multisensory Perception Lab where my real arm is placed behind a black curtain and a rubber one substituted. Then the rubber one gets stabbed by a fork. What happens really surprised me.
"It's my favorite test but it wasn't the best in terms of visuals."
In another test passersby are given colored drinks and asked what they are tasting. I felt this one worked best on TV.
Gardy laughs when I tell her when I was at university in the 1960s when one of my professors was told he could no longer be on TV because he was in danger of being too pop.
"I think it's entirely different these days," she laughs. "Universities need all the attention they can get and then some.
"I think here we've done much of what we wanted to do. Boiling everything into an hour always is a real accomplishment. I'm already thinking what else can we do next time."
Myth Or Science was made by Infield Fly Productions (executive producer Dugald Maudsley).
MYTH OR SCIENCE PREMIERES ON CBC-TV'S THE NATURE OF THINGS THURSDAY JANUARY 26 AT 8 P.M.
MY RATING ****.