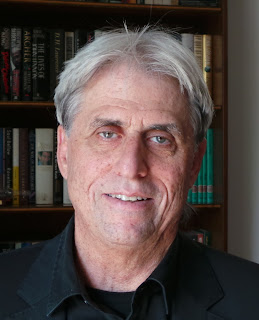 I just knew I had to get a preview copy of the new Canadian made TV documentary Undercover In ISIS when I spotted the filmmaker's name: Martin Himel.
I remember him way back in 1983 when I was TV critic at the Toronto Star and he was CTV's man in the Middle East.
I remember meeting him at one CTV news launch in those days when CTV was fully competitive with CBC and the big American TV networks.
And I so watched Undercover In ISIS in one sitting totally amazed at this must-see production.
You can see for yourself Sunday September 25 at 8 p.m. on Documentary Channel.
This one plays like a Hollywood spy flick but it's all true.
The effect is like watching an entire season of Tinker, Tailer, Soldier Spy at one sitting.
TV is often and truthfully accused of trivializing the big events of our world and nowhere is this better illustrated in the  ongoing TV network coverage of ISIS.
I'll wager most of us who get our news from TV are completely ignorant about what ISIS is and how it operates.
If you're feeling this in the same way I am then Undercover In ISIS comes as a huge revelation.
I'm sick of the network coverages of the latest bombing. massacres and atrocities.
And I simply want to reset my lack of knowledge.
Filmed between March 2015 through June 2016 the approach is simplicity itself.
First Himel hires two young people who are will go undercover as ISIS recruiters and entice sympathizers to share their experiences with them.
It sounds dangerous and it is and it's inconceivable that nothing could happen. I have to be very careful here in not giving away too much of the story.
We first meet the two operatives "Theo" and "Sarah" and as the true story envelopes what really surprises me is how ISIS operatives truly understand the modern means of communications and how they can quickly bond with sympathizers.
This for me truly explains how ISIS can operate over such wide fields. In the old days of cumbersome long distance telephoning and perhaps FAX ISIS would never have been able to spread its network  of supporters across many continents.
"Theo" gets a meeting with a terrorist cell in Belgium on the pretense he wants to join up as a fighter --remember this is six months before actual attacks in Belgium.
And "Sara"begins a long distance conversation with a Swedish recruiter turned ISIS supporter and her son-in-law, also Swedish via Facebook. Twitter and eventually into such encrypted audio apps as Skype and Wickr.
She is soon asked to join the Swedish boy in Syria to become his second wife and gets detailed instructions how to hide her intentions from Swedish authorities and go to Turkey ostensibly on a vacation and slip over the Turkish border and into ISIS territory.
Almost 300 Swedes havce become ISIS supporters which is surely a shocker.
And then comes the kicker as Himel locates the original ISIS recruiter who has slipped out of Syria and returned to Sweden. Using a hidden camera we get to see the small apartment where she hides out and her defiant rejection of the terrorist label.
Getting inside the heads of these ISIS activists is a fascinating but scary journey. So much of their daily lives remain mundane but the fanaticism once turned on is dangerous for those opposing them.
Himel has sticked this all together with meticulous care.
Undercover In Isis was made by Vigilance Productions and is shining example that in the documentary field Canadian TV still leads the way.
UNDERCOVER IN ISIS PREMIERES ON DOCUMENTARY CHANNEL SUNDAY SEPTEMBER 25 AT 8 P.M.
MY RATING: ****. 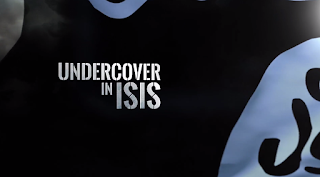