Migrant Dreams: What Canadian TV Is All About 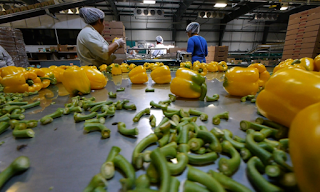 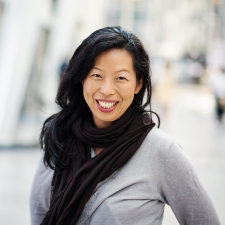 The new Canadian TV season really kicks off Wednesday night  at 9 with the TVOntario premiere of Min Sook Lee's brilliant and deeply disturbing documentary Migrant Dreams.
It also debuts Thursday on tv.org. Got that?
This is what Canadian TV is really all about at its best --the film challenges our basic conceptions about the kind of nation we live in.
And it shows the dark underbelly of racism that permits the exploitation of migrant works in such a way that robs them of their basic dignity.
I was completely ignorant of this scandal ---the only migrant workers I ever met way back in the 1960s toiled in the apple orchards of Simcoe for a month or so during the harvest and then went back to Mexico.
These days migrants work all year long in the huge greenhouses of Leamington where the labor is backbreaking, the pay minimal and the changes of getting ripped off by unscrupulous employees are abundant.
I knew as soon as I spotted the name of the director Min Sook Lee that I had to watch this one.
She's a mesmerist all right --her look at gay and lesbian Toronto police in the documentary Badge Of Pride was outstanding and she earlier documented the plight of migrant workers in the documentary El Contrato.
"At first nobody wanted to be on camera," she tells me on the phone. "Their situation is so precarious they feared retaliation by their employers. I had to gain their trust and that took time."
The system set up by the Liberal governments and vastly extended by the Harper government is at its core fundamentally corrupt --it demeans the workers and allows them to be ripped off at so many levels.
"I got these workers to talk about their plight because they were near breaking point," she says. "They had very little to lose by then. The fear of deportation was ever nearer. "
I was staggered by the statistic there are a half million workers now in Canada under the Temporary Foreign Workers Program.
"The program has been expanded as so-called normal immigration has been slowed down," explains Lee.
Exploitation? Twenty-six laborers are seen living stacked up in a converted garage.
At another location the cockroaches slither all over the bleak kitchenette.
One valiant mother who is on a four-year permit talks plaintively to her children back in Indonesia --she needs money to get them into schools but is being ripped off by unscrupulous employment services.
One individual known here only as "The Recruiter" scams the system by demanding paybacks every month for services not even provided.
The workers shop in bulk stores for the soiled food no ordinary Canadian would want.
We listen in to a Leamington radio talk show where local callers demean the workers in racially offensive terms.
"Their humanity comes under question," lee says. "And that's so wrong."
Lee is such a persuasive interviewer she does get some of these frightened people to come on camera and talk about their fears for the future.
It turns out they have the same dreams as all of us --to see their kids get ahead and have that brighter future denied to them.
And a wedding of a transgender couple turns into a celebration of life that is both poignant and deeply emotional.
Migrant Dreams plays like a living nightmare. I had no idea greenhouse food production is now a billion dollar industry in Canada. Employers ruthlessly manipulate the system--seizing passports, imposing curfews, adding a housing tax even when housing is not provided.
But there is a glimmer of hope. Some workers are fighting back determined to seize their basic human rights.
"Yes, I was honored they trusted me," Lee says. "Some cases are going to court. All they really want is the chance to succeed as immigrants, that's all."
MIGRANT DREAMS PREMIERES ON TVONTARIO ON WEDNESDAY SEPTEMBNER 14 AT 9 P.M. AND MIDNIGHT.
MY RATING: ****.