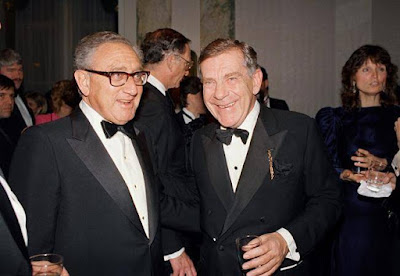 So there I was --the kid TV critic of the Hamilton Spectator-- and I was in  60 Minutes office of Morley Safer in New York City.
I know exactly the day without looking it up --Safer had three TV sets in his small office all trained on the January 1976 Washington inauguration of incoming American President Jimmy Carter.
Safer passed last Thursday in New York at the age of 84 just a week after finally retiring from his 60 Minutes gig.
I remember that day we'd watch a bit on each network but when Safer concentrated on the ABC news feed he was mighty angry.
This was the first time ABC had paired its veteran anchor Harry Reasoner with incoming co-anchor Barbara Walters and the more he listened Safer became angrier.
Every single thing Walters said Reasoner would interrupt her and chide her about getting this and that wrong.
''Highly unprofessional,"Safer fumed. "ABC will have to do something about this."
And Safer was correct --Reasoner soon quit and went back --to 60 Minutes.
Safer was part of a veritable army of Canadian tv journalists who went south to fame and fortune.
Other expatriates included Robert MacNeil and Peter Jennings --MacNeil anchored the PBS newscast and Jennings was ABC's anchor.
"I'll always be Canadian deep down," Safer assured me.
"It's my Canadian sensibility that will never leave . It's not a cynicism but a pervasive view to question authority."
Safer told me he was born in Toronto in 1931 but roared with laughter when told there was a big portrait of him up on the wall of honor in University of Western Ontario's journalism department.
"I was told I had no talent. So I left without my degree."
He got jobs at various news organizations alongside an other unknown --Knowlton Nash.
"Finally I was hired by Reuters for the London bureau. Then I worked at the CBC where I was irritated the government of the day tried to influence stories all the time on the pretense they were supplying the funding for CBC services."
He became a foreign correspondent at CBC then was hired away by CBS News.
"For years I was a Canadian citizen because my passport got me into countries where Americans were hated. But today I have dual citizenship."
In 1965 his tough but fair reporting from Vietnam aroused the ire of President Johnson who accused him of being a communist and had Safer investigated by the FBI.
"There was every chance I might be deported.But CBS News stood by me and what I said about the war being lost was fair and objective."
Safer's reportage won awards and "it made me, it really did."
Safer's best years at 60 Minutes found him competing with stories with the late great correspondent Mike Wallace.
When I asked producer and creator of the series Don Hewitt  for a quote he momentarily faltered and then said :"I have the two best TV reporters in the world and I never forget that."
And I'll never forget my day at CBS with Morley Safer.