Milk: The Art Of The TV Documentary 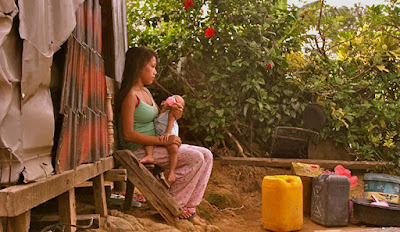 I go way back in time to TV's infancy when TV documentaries meant something.
I'm thinking specifically of the See It Now documentaries of Edward R. Murrow and specifically the night he blasted red baiting senator Joe McCarthy to virtual smithereens.
But today's TV networks don't seem to have much time for such passion and the few docus that do get shown are carefully balanced and often dull, squeezed into hour formats (46 minutes plus commercials).

Toronto film maker Noemi Weis's new 90-minute documentary Milk is not like that at all.
You can catch Milk's premiere on CBC's Documentary Channel Tuesday October 27 at 9 p.m. Got that?
Milk takes a definite stance while still presenting all points and assumed that  you the viewer have the capacity to absorb different viewpoints in an important debate.
The title Milk is so all inclusive but the film is more than about the controversy over infant nutrition.
Here is a wide ranging rumination on the modern approach to childbirth and how multinational companies are promoting their brands of infant nutrition often at the expense of the welfare of both child and mother.
"We seemed to be traveling forever," director Weis  laughs. "We were in Brazil and Argentina,, up to 11 countries, 35 cities. The filming went on and off for nine months."
Is there a simple theme for this sprawling program?
"Yes, nature is the better way. Not the only way but much better. In our modern world the faster way is seen as the best at doing all things. But that's not true."
The more Weis researched the more she became convinced that very large companies were aggressively pushing their formulas on unsuspecting mothers particularly in Third World countries.
I wanted to show the balance. Breastfeeding if possible is the best way but I also interview mothers who opted for nutritional supplements because of a variety of issues. If they made their own choice that is just fine."
What surprised her was the controversy she stirred up.
"I think my strength is communications. Getting the sides to talk simply was my goal. I think I was very respectful to all. If a mother is informed then she can make up her own mind, I think."
Weiss was prepared to accept a wide variety of opinions in the countries she visited.
"What surprised me was how similar everything was in developed nations. In Brazil caesarian births are at an all time high."
Perhaps the most moving segment looks at the devastation in the Philippines after the 2014 typhoon devastated the country. Bottled formula was rushed in for three months but mothers were then expected to cope on their own and many had no money and support systems had left.
But why there's such a polarizing between mothers who breast feed and those who use a bottle?
I think Weis gets it right in showing what a huge growth industry having babies has become and how advertising is slyly styled to make us all feel a bit guilty we're not spending as much money as possible on our children.
Her portraits of mothers out in the field are lovely --I particularly liked the study the unwilling 15-year old mother-to-be whose own mother is very steady in offering all the support she has.
The perspectives portrayed here are balanced and often beautifully done and no wonder UNICEF has organized screenings of the film.
This accomplished film is sweeping but also deeply personal. It works on several levels. Screened on a regular network it would have to be cut down and the message truncated which means a specialty channel like Documentary is the perfect home.
MILK PREMIERES ON CBC's DOCUMENTARY ON  TUESDAY OCTOBER 27 AT 9 P.M.
MY RATING: ****.