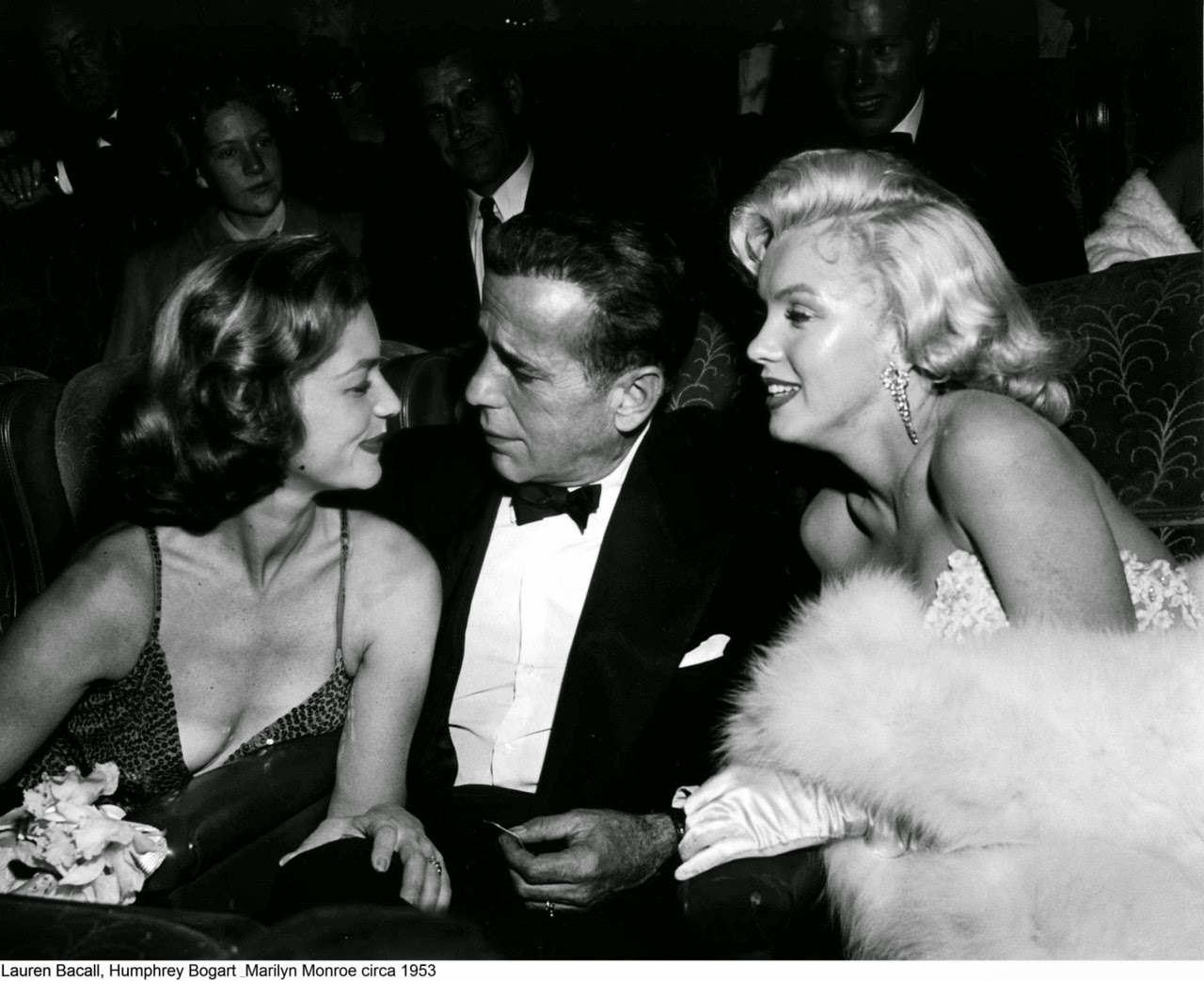 It's funny but I almost do not count Lauren Bacall as a Golden Age movie star.
She's not in the same category as the truly Goldens I've interviewed including Barbara Stanwyck, Bette Davis, Loretta Young, Jane Wyman, Jimmy Stewart.
Many were at least a decade older and they started out in the Thirties.
No, Bacall belonged to the Forties and after and her death the other day at 89 truly rattled me.
Among the survivors only Olivia de Havilland and Kirk Douglas, both 98, and Luise Rainer who is 103  still persist.
True, Doris Day just celebrated her 92nd birthday but I count her as a Fifties survivor.
In fact until yesterday a good trick question was to name the three surviving stars of a 1950 classic.
The movie title was Young Man With A Horn and the stars were Douglas, Day and Bacall.
A few years back I wrote an appreciation of Douglas and he wrote back in vigorous prose: "To my new best friend!"
Wow! He'd survived a stroke and was still out there promoting his image.
Yet, at Douglas's AFI tribute few of the actors he'd worked with bothered to show up. Jane Wyman declined, so did Day and Mitzi Gatynor, Gena Rowlands, Lana Turner, Eleanor Parker,  Jan Sterling --all were alive at the time.
Bacall attended because she was loyal --she consistently refused to diss her contemporaries.
Bacall I only met once and peripherally.
I was in L.A. doing a profile of James Garner and he suggested I stroll down the block at Universal to gab with Bacall who was in preproduction for a guest spot on his series The Rockford Files.
Why the heck was she doing a TV series, I innocently asked.
"Because Jimmy phoned and here I am," she snapped. "I could sit around or do the best job I can in a medium I'm not too sure about."
Loyalty then was the key ingredient in the Bacall personality.
Garner later repaid the favor when he jumped into a particularly bad horror flick titled The Fan (1981) that she was starring in as a good will gesture to his old pal.
In her snappish tone Bacall was lots of fun.
Two doors down her co-star for the week Dana Wynter criticized everything about her dressing room and even asked me why I wasn't wearing a tie.
But Bacall warmed as she chatted.
When I moved to get up and leave she said "Sit down and shut up. I'm trying to give you the story of my life and you keep interrupting me."
She'd moved back to New York city decades ago, she said, and never much liked Hollywood to begin with.
I asked her if the anecdote about Marlene Dietrich claiming she'd stolen Dietrich's act was correct.
"Sort of. She was great pals with director Howard Hawks and after he showed her the first cut of To Have And Have Not the lights came up and she said 'She's playing me, right?'
"Well, I wasn't but that was Marlene's marvelous egotism for you."
Only a couple of days earlier I'd taken tea with Joan Caulfield who told me she was rushed in from Paramount to fill in after Bacall exited the 1947 film The Unsuspected. True?
"In those days Jack Warner would only let me play opposite Bogey. Then they put me in this suspense film with Claude Rains and in rehearsals he made mince meat out of me and Bogey told me to quit and run and I did both."
The subject of discussing Garner went out the window and I asked her if she understood the Marilyn Monroe myth that had grown up?
"Nope. She was a scared kid who thought becoming a big star would fix all her problems. Instead she got a whole new range of problems.
"Do you know who was the funny one on How To Marry A Millionaire? Betty Grable. Great gal, constantly had us in stitches. We waited a lot of hours for Marilyn to simply show up."
Bacall said by the Sixties Hollywood had given up on her "I was so starved for funds I even did TV game shows like Match Game and Password."
She had great hits on Broadway "but Goodbye, Charlie went to Debbie Reynolds and Ingrid Bergman snatched up Cactus Flowerr --that's after coming to my Broadway dressing room and asking me how I thought she'd fare in comedy!"
Sadly, Canadians never had a chance to see her in musical hits Applause and Woman Of The Year when she went on tour because :"The Canadian dollar sank like a stone and I wasn't going to perform for 60 per cent of the American dollar."
In recent months I heard Bacall had been depressed by the sad ending of pal James Garner, aged 86.
And now it's our turn to feel sad at her disappearance after an amazing 70 years in the spotlight.