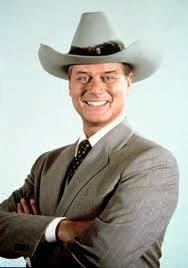 When I started out as a young and callow TV critic at the Hamilton Spectator in 1971 every self respecting newspaper had at least one TV critic.
I knew from the get-go that I just had to get on the Television Critics tour organized twice yearly by the Big Three U.S. networks.
But that was in the days when the American webs catered only to American scribes --so I cagily got the three Buffalo TV affiliates to wrote me letters of introduction saying Hamilton was part of their coverage.
And presto I was in --the only Canuck on the tour for almost the next decade.
In June of that year I boarded a flight for L.A. An NBC press rep met me at the airport, sent my bags directly to the Century Plaza hotel and drove me at break neck speed to Thousand Oaks where I enjoyed a catered lunch with Julie London at her home --she was then starring in the series Emergency.
In those days the TV dial consisted of just 10 channels --nobody had cable as yet.
So the tour consisted of nine days --three devoted to each major network.
PBS was so poor I remember a guy from Masterpiece Theater organizing a "secret" press interview with Anthony Hopkins to promote his PBS special Kean --it was done during a writing break so the three networks never knew about it.
My biggest surprise was to discover almost all the 100 TV critics were on the network tit --they willingly let the webs pay their hotel bills, entertainment expenses.
Some even brought their wives who were bussed out to the luxury shopping malls every afternoon with prepaid charge cards given them by the networks.
When the scribe from a Pittsburgh paper brought his drapes and then had them cleaned by the hotel and then charged the network, why, that was going too far --he was never asked back.
One night early on CBS bussed 100 critics to the Malibu home of Larry Hagman whose living room was a gigantic hot tub.
Scribes had to jump in to get the interview but later in the night Hagman went upstairs to his bedroom to discover a New York critic counting the boxer shorts in his drawers.
Enraged, Hagman kicked him out and that particular writer also disappeared from the trip.
The second year I remember one night CBS PR was near tears --CBS had organized an optional dinner at Lucy Ball's but nobody had signed on-- Lucy's series was faltering in the ratings and writers wanted younger, sexier subjects to write about.
I dutifully attended as did Kay Gardella from the New York News and Lucy retained us regally in her gazebo and at one point neighbor Jimmy Stewart poked his head over to say hi.
The very next year I was at Stewart's home and noticed his beloved dogs had scratched up all his furniture. A second session five years later merely disclosed how badly he'd aged.
I took tea with Roz Russell at her swank Hombly Hills home in 1972. One day that year I spent the morning on the set of Mission: Impossible and the afternoon on the set of Mannix. These two CBS ratings winners shot on the same Paramount backlot --in the middle was a small soundstage for The Brady Bunch.
In those days long before computers we had to file our stories by FAX.
One afternoon I went up to the press department and saw NBC flack Virginia Holden blacking out lines in some copy because she disagreed with the writers' opinions.
When I asked her about it she snapped "After all we're paying for it."
Perhaps networks and critics had become too cozy?
We took an extended trip of several days to San Diego with ABC footing the bill and critics were so frustrated by being cooped up that fisticuffs broke out.
During one interview session battle axe Marilyn Beck accused producer Jimmy Komack of giving Freddie Prinze drugs and he jumped on 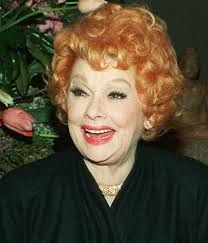 top of  her and they rolled out the door.
Also, by the late Seventies the Big three's virtual monopoly was eroding. Cable webs were sprouting up everywhere and eventually  took pride of pace. And younger TV critics incensed by the payola organized the Television Critics Association.
These days TV critics no longer rule.
Because there are so very few of us left on the old legitimate papers which are shedding circulation.
The bloggers now rule TCA and their comments have become so nasty some networks are threatening to pull the plug on the whole thing.
These days the antics at Comic-Con which closely follows from San Diego get bigger headlines than the pallid antics of TCA.
I was glad to be there during the Glory Days when I could meet and greet with the likes of Bette Davis,  Irene Dunne, George Cukor and even Robert Young.
And I met such youngsters as John Travolta, Brad Pitt (on the Dallas set), Michele Pfeiffer (On the set of San Pedro Beach Bums).
It was a pretty good way to cover the TV beat as far as I'm concerned.