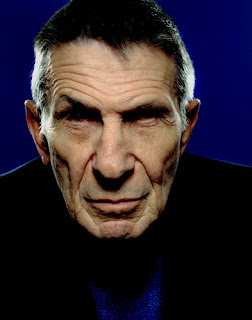 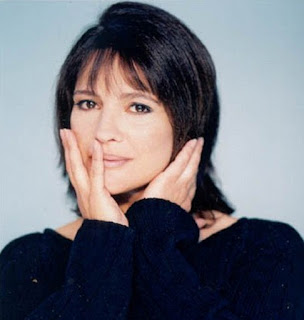 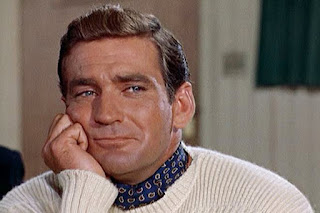 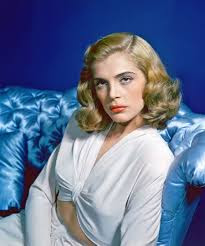 I lost a lot of friends in the entertainment business in 2015.
Here's my personal tribute to some of my favorites:
I remember spending an afternoon on the 1987 set of TV's Masquerade which cast Rod Taylor in a spy caper thing he cheerfully described as "very silly but it pays well."
Hard to believe he was 84 when he passed in January.
I met the great redhead Maureen O'Hara on the set of a TV movie remake of The Red Pony filmed north of Toronto in 1971.
At 51 she remained a red haired beauty with great anecdotes of starring in such classics as How Green Was My Valley and The Quiet Man.

She was 95when she died in her sleep in October.
I met Alex Rocco on the set of the 1975 CBS adventure series Three For The Road which only lasted 13 episodes.
"Did you really kill a man," a gal reporter from Pittsburgh asked him and he nodded creepily.
He died in July, aged 79.
"I hate that movie Gigi," grinned Louis Jourdan when we lunched in Century City in 1971.
"People think it's the only thing worthwhile I've ever done."
Jourdan died in February, aged 93.
I met Coleen Gray in 1971when she was making an episode of The Bold Ones as a guest star and she laughed "I used to work with Stanley Kubrick. Now this."
She died in August aged 92.
I always enjoyed visiting the set of Eight Is Enough and meeting up with the warm and wonderful Dick Van Patten who was full of stories of toiling on live TV on the series I Remember Mama.
He died at 86 in June.
I remember watching Christopher Lee shooting additional scenes for Airport 1977 --needed because the fim wasn't long enough to be sold to NBC in a two-hour slot. And I told him he didn't look at all like Dracula.
He died in June aged 93.

I enjoyed a lunch in 1974 in Hollywood with a gaggle of famous RKO leading ladies including the queen of film noir Lizabeth Scott long retired from acting to become a successful L.A. realtor.
Scott died in January at 92.
I remember a long lunch at thje Universal Hilton hotel with the quiet, unpretentious producer Harve Bennett whose TV credits included Mod Squad and the Star Trek films.
That day he was peddling a 1991 sci fi series Time Trax with Dale Midkiff who was also present.
Retired since 1998, Bennett died in February at 84.
I first met actress Elizabeth Wilson in a New York hotel in 1972 where she was promoting her new sitcom Doc which lasted two seasons on CBS.
Always busy on stage and in films this wonderful character actress died in May aged 94.
I remember being on the set of Gilmore Girls and complimenting Edward Herrmann on how great was as the very rich father.
He died actually in December of last year at 71.
I met Kevin Corcoran at one of the Disney press launch parties --he'd spent his career working on the Disney lot.
He died in October at 66.

Richard Dysart I surely remember from the times I was on the set of L.A. Law which ran from 1986 through 1994.
He died in April aged 86.
I shared a great high tea with Joan Leslie at the Pasadena Ritz Carlton hotel in 1992 --and the great star of Yankee Doodle Dandy and High Sierra did not disappoint with great anecdotes about working with Cagney and Bogey.
She died in October aged 90.
Of course I can't forget Leonard Nimoy who was bright and scholarly and took time to answer each question thoughtfully.
He died in February aged 83.
The only time I met Jackie Collins I was surprised she was a fan of Margaret Laurence and Margaret Atwood.
She died in September at 77.
I had breakfast in the posh Polo Lounge with Anne Meara when she was starring in the short lived 1975 CBS legal series Kate McShane.
She died in May aged 85.

Canadians? I'll start with filmmaker Paul Almond who made a greatish black and white TV version in 1961 of Macbeth starring a young unknown Sean Connery.
He died in April aged 83.

And then there was the fine actress Alberta Watson who I first met on the set of In Praise Of Older Women (1969).
She died in March at 60.
I first interviewed Don Harron in 1977 as he began a five year tenure as host of CBC Radio's Morningside.
He died in September aged 90.