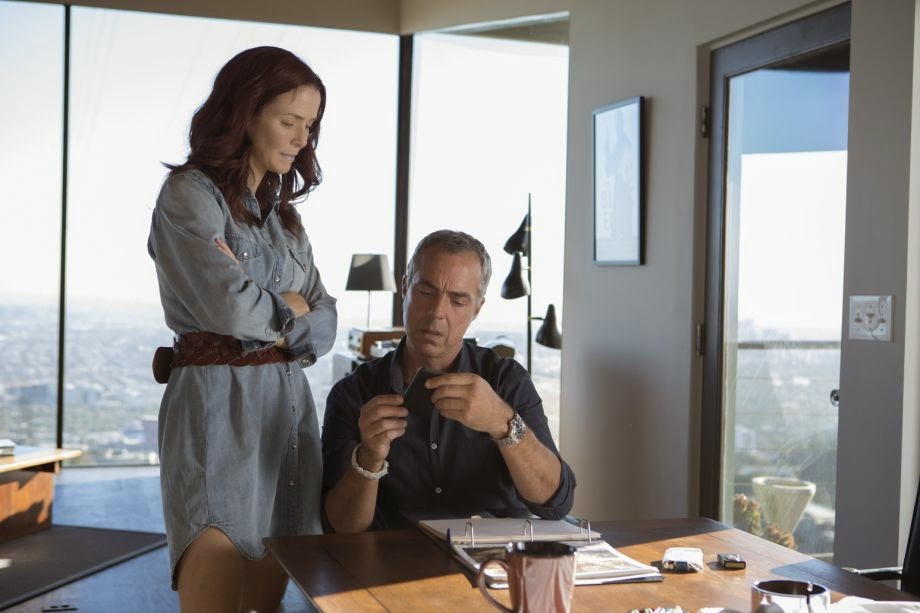 Bosch is a terrific new U.S. cop series whose first series can be streamed on the new service CraveTV.
The fictional star is the slightly jaded and weary Los Angeles detective Hieronymus "Harry:" Bosch who has been featured in 17 best sellers written by Michael Connelly.
I started reading the first titles ever so long ago and Harry has aged in real time to the point he can be played effortlessly by that fine actor Titus Welliver --it's just that I keep thinking of Harry as much younger because I have a lot of recent titles still to read.
Creator Michael Connelly and executive producer Eric Overmyer have taken this first season from three specific Bosch titles: The Concrete Blonde, City Of Bones and Echo Park.
Others prominent in the cast include Jamie Hector  (The Wire) as Harry's partner Jerry, Lance Reddick as LAPD detective Irvin Irving, Amy Aquino (from E.R.) as Harry's commanding officer Lieutenant Grace Billets and Annie Wershing as beat cop Julia Brasher, the mature woman a divorced Harry suddenly finds himself interested in.
The series really works for me because it is shot out on the streets of Los Angeles in areas almost never covered in TV dramas.
I enjoyed seeing parts of L.A. I've never visited --that's one of the constant pleasures of the series.
A lot of the first episode is set up in the Hollywood hills where the dog of a retired medic (wonderfully played by Scott Wilson) brings back a human bone --it turns out to be the leg bone of a young boy who was beaten mercilessly for years before his ultimate death.
The opener is a terrific race through the city's meaner streets at night as Harry races to catch the suspected murderer of prostitutes --the geography of darkened streets and alleys has never been as frightening.
We get to see what motivates Harry to the point he may have deliberately killed the suspect who may or may not have killed any of the dead women.
In the books Harry has aged up to 62 --here for dramatic purposes he's a little younger maybe 45 or so with a teenaged daughter in high school --in the books he served in 'Nam, here he is a disillusioned veteran of the Gulf conflict.
Of course TV has run the gamut of aging, brooding tough cops. But Bosch works because this guy refuses to bend to authority even if it means early retirement.
His discovery of skeletal remains deep in the urban forest brings out memories of his own unhappy childhood and the fact his own mother was a prostitute.
There are some cliches inherent in every cop show: the superior officer has to be shown up as smirking and devious.
The clues have to be spelled out several times so we know what's what.
But the producers have enlisted some capable performers to populate the scenes including Mimi Rogers as an avenging D.A. and an almost unrecognizable Jason Gedrick as a suspected multiple killer.
The second episode's procedural details seemed a little implausible but the tension was right there and the ploy fairly whizzed along.
And watching all 10 hours of Bosch at one sitting isn't so unusual these days at all.
BOSCH RUNS ON CRAVETV STARTING ON FEBRUARY 14.
MY RATING: ***1/2.