There's a lot of anticipation involved in the compelling new documentary Sex, Fame & Murder which premieres Friday night at 8 on Investigation Discovery.
Originally set to air last August the documentary was suddenly pulled when the broadcaster was slapped with a publication ban that also got it withdrawn from the Montreal World Film Festival.
Well, now the ban has been lifted and the trial of Luka Magnotta is over with Magnotta convicted of first degree murder.
The documentary remains compulsively viewable even though those who read about the trial will be familiar with most of the details.
It has already aired in the U.S. and Australia .
Toronto film makers Jonathan and Naomi Hiltz have done a sensational job of finding footage of every aspect of this sordid story.
They begin with the police discovery  in May 2012 of the dismembered body of Chinese student Lin Jun whose body parts began turning up across the country.
And they have accurately documented the meticulous police hunt for suspected killer Magnotta.
The portrait presented here is of a deeply disturbed teenager who gradually descended into madness,somebody who grew up in the same Toronto suburb as serial killer Paul Bernardo.
As a teen Magnotta --his real name was Eric Clinton Newman-- became mesmerized by the sordid exploits of Bernardo and wanted some how to achieve that level of fame.
He tried to become a male model in Toronto but wasn't tall enough or good looking enough. Instead he had to settle for work as an escort and sometime performer in adult films.
Actuality exists of his desperate attempts to get on a Toronto-based reality show but the test shows he wasn't handsome enough or had much of a personality at all.
He started rumors about himself and then appeared at the Toronto Sun to refute those rumors.
Magnotta began fabricating  dozens of Facebook profile pages under different aliases.
He moved on to killing kitten on the Internet and posting these disgusting videos to gain attention.
The documentary might have had more impact if allowed to air back in August.
Now it has a different purpose: the meticulous reconstruction of Margotta's sad life shows that at several points he could have been stopped if law authorities had any inclination.
In fact Naomi and Jonathan Hiltz had even met him when they produced a series for OUT tv called Cover Guy and he auditioned (and failed to make the cut).
If he had possessed any talents would he have gone over the brink?
The fact he came from a troubled home and had a father who deserted the family is played up --but many people have similarly troubled childhoods.
What tipped him over the edge? There are many clues but no simple answers.
I think the best point made is that more attention has to be paid in this Internet world to such monsters who can and should be caught before they tip over the edge.
SEX, FAME & MURDER PREMIERES ON INVESTIGATION DISCOVERY FRIDAY JANUARY 16 AT 8 P.M.
MY RATING: ***1/2. 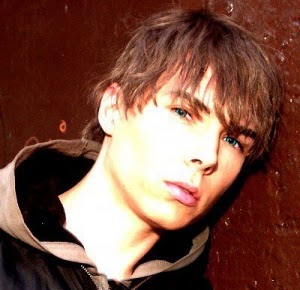