TV's Best Series And It's Not On Canadian TV 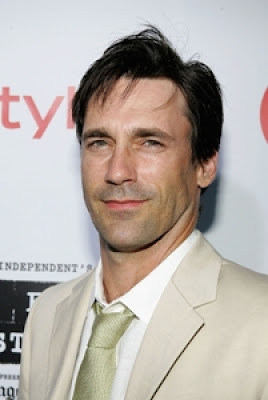 It's TV's best currently running American series. But where is it on Canadian TV?
I'm referring to Mad Men which returns for its third season Sunday night at 9 with an instant repeat an hour later.
For the first two seasons Mad Men starring Emmy winner John Hamm ran simulcast on CTV which inexplicably cancelled the series. Network sources say it was purely a question of economics --CTV is experiencing deficits in this year of recession and like all conventional networks is facing the prospect of lowered audiences.
One would expect a series as fine as Mad Men to be instantly snapped up by one of CTV's competitors but it's the same story of financial woes at Canwest which operates Global TV as well as at CITY and E or whatever CHCH is calling itself these days.
So you better have AMC (American Movie Classics) if you want to enjoy this Emmy winner on Sunday night.
It's strange but Canadian stations import so much U.S. dross but Mad Men is a cable sgow and it runs aon a night when schedules are already fixed.
I'll have to check with Bravo! But I can't see how this CTV-owned cable weblet would be able to even afford reruns anymore.
Posted by james bawden at 3:40 AM