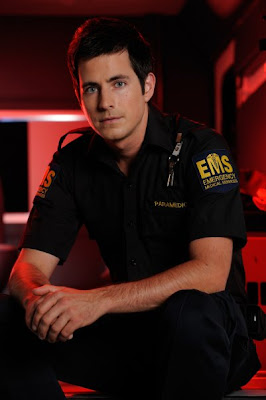 Viewers prefer reruns of current favorites to new, untested TV series.
That's the conclusion of this veteran critic after sampling many of the new summer series on network television.
I've tested the new si fi series Defying Gravity and find it wanting.
I've tried to watch the new Canadian medical series the Listener but it was poorly made as far as I'm concerned (although star Craig Olejnik was just fine) --NBC has already cancelled it.
And it's blah to NBC's the Philantropist, NBC's classy British import Merlin and such also rans as the Superstars (ABC), Mental (Fox), Hitched Or Ditched (CW), and The great American Road Trip (NBC).
All are getting beaten badly in the ratings by reruns of such faves as CSI and Grey's Anatomy.
Some of these turkeys were dramas, others were reality types. U.S. sources are blaming that writers' strike for churning out shows nobody particularly wanted. Now these shows are getting dumped before the new season begins in September.
I'm also feeling people are turning away from conventional TV networks as never before. A neighbor says she now rents movies from her Macintosh outlet and watches them on her computer.
Now that I'm previewing the fall fare which is unexciting so far I have a sneaking suspicion this erosion will continue into the fall.
Posted by james bawden at 11:04 PM