CBC's National: Can It Be Saved? 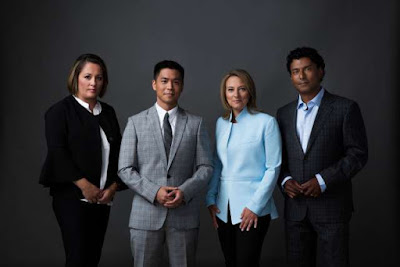 I had just moved to The Toronto Star in 1981 when the new, improved National news debuted --attached to The Journal.
I saw it as two separate shows warring within the bosom of one hour and I predicted that with two hosts --News; Knowlton Nash and Journal's Barbara Frum --it would never last like that.
It took some years but I was right --The Journal eventually disappeared into The National and there was one host.
Well, everything old is new again at The Journal.
Peter Mansbridge has retired and there's no sole anchor up there to actually read the news.
That's because by 9 p.m. when the revamped National debuts on CBC News (and an hour later on CBC) everybody already knows what has happened thanks to 24 news channels.
Way back in 1981 The National was attracting 1.5 million viewers a night.
These days it is way, way down.
Years ago I sat down with the venerable Knowlton Nash to chat about the way TV news had evolved.
Nash told me CBC's news was at 11 p.m. for decades "because that was the earliest film could be flown from Washington and Ottawa and processed to go on the air".
Nash looked askance at the way anchoring had changed. He said in his day he couldn't voice his own opinions no matter what.
In fact his predecessor LLoyd Robertson left the CBC anchor spot for CTV because he was not allowed to change a comma in his script --he was paid as an announcer/
Under Peter Mansbridge the newscast has been evolving --there are now panels which Nash would never have allowed.
But the idea of running The National at 10 p.m. still seems suspect to me --after all it competes against the top rated TV dramas on the U.S. competition.
Look, evening newspapers have already disappeared and the remaining ones may soon only be available online.
But CBC deserves credit for at least trying to save The National.
But I'm a little suspect about having four anchors: Adrienne Arsenault and Ian Hanomansing in Toronto, Rosemary Barton in Ottawa and Andrew Chang in Vancouver.
I don't think this can work but may inspire chaos --we'll just have to see.
I'd rather see Hanomansing as chief anchor.
Ironically, for years CBC had been trying to lure Hanomansing from Vancouver to Toronto but he always resisted it. So what changed I wonder.
I want the new National to succeed. On the first night Arsenault delivered a terrific piece about wandering through the city of Raqqua where she showed us torture chambers and bottles of drugs and even infant strollers left by mothers deserting the ruins.
We''ll just have to see. CTV news at 11 is a quick fox of a  half hour which may appeal to younger viewers.
Stay tuned.UPDATE: I've been watching for a week and The National just isn't making it.
First, get rid of the four anchors and have one host in Ian Hanomansing.
Second, stop the meandering tone and start each newscast with short, crisp updates.
Some of the long pieces have been so fine but may well belong in a newsmagazine show. The National at 10 is up against a whole host of top-rated American dramas--these are just a click away.
Ratings are a problem --the new show started at 700,000 a night and has been deteriorating ever since.
It's time for an instant update I would think.