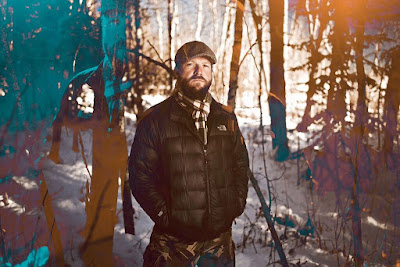 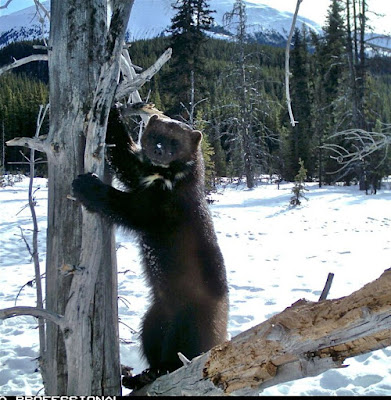 I freely admit I knew next to nothing about wolverines.
And then I watched the preview tape of CBC-TV's Nature Of Things documentary: Wolverine: Ghosts Of The Northern Forest.
For the very first time anywhere wolverines are shown in their native habitat and these are not the quick, blurred  shots usually glimpsed in other documentaries.
You can watch and judge for yourself: the amazing hour premieres on CBC Thursday February 25 at 8 p.m.
Now as soon as I saw it was the latest production from famous Canadian wildlife cinematographer Andrew Manske I just knew I wouldn't be able to stop watching until the hour was over.
Manske is one of the adornments of his special craft --he even won a 2013 Emmy for work on National Geographic's Untamed Americas series.
This time he set himself an almost impossible task.
Wolverines are notoriously shy of humans and some veteran naturalists working in Alberta for decades have never had more than a quick shot of one running through the woods.
This hour is constructed as a sort of video diary with Manske front and center.
He tells us what he and other specialists know about wolverines which is sketchy at best.
Manske in 2010 had set up a motion sensor camera that recorded the only extended footage he's ever gotten.
This time out he is more determined as he sets up a blind near a frozen river  in northern Alberta where wolves have recently killed a young moose --wolverines are notorious scavengers and their incredible sense of smell will surely guide them to the spit.
But for a long time nothing happens although there's time to be entranced by the other animals dropping by including ravens.
In the U.S. wolverines are on federal endangered lists, in Canada there's still a reluctance to act.
The shots of Manske slowly going slightly batty in his blind are rather priceless --anybody else would have abandoned the project but just as he's reluctantly considering decamping a female wolverine appears and then her two youngsters also show up.
Manske even gives them names: Bandit (mother), White Tips (daughter), Shaggy (son).
The film then segues into a geography lesson about how the animals use the landscape.
We see scientists trying to set traps in pine boxes so wolverines can be tagged and their comings and goings recorded --that takes a beaver carcass to entice them.
But at the end of the experiment 33 wolverines have been equipped with satellite collars so their where abouts can be studied.
We learn beavers are a wolverine delicacy --in the frigid winters they can even dog into frozen beaver huts on the quest for prey and Manske also shows how one mother used an empty beaver den as her birthing lair.
No film maker has ever done any of this before --this is not boasting but the plain truth and makes the hour compulsively viewable.
It also reaffirms Nature Of Thing's preeminent role on Canadian TV in a season where all TV things Canadian seem to be dwindling fast.
Strong NOT ratings are demonstrating Canadians have a strong predilection for Canadian subjects if done as well as this.
Watch it and you'll know more about the Canadian wolverine than you ever thought possible.
WOLVERINE: GHOST OF THE NORTHERN FOREST PREMIERES ON THE NATURE OF THINGS ON CBC-TV THURSDAY FEBRUARY 25 AT 8 P.M.
MY RATING: ****