Who Watches Canadian TV These Days? 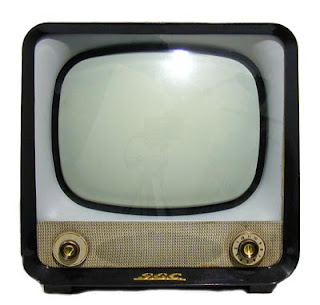 So there I was in a fancy Greek restro on the Danforth once again chatting up a veteran actress, a respected but retired producer and a know-it-all publicist as the conversation turned to the current state of Canadian TV.
ME: I'm trying to watch the new Canadian TV shows but it's hard to find many. I've been catching The Romeo Section since it started on CBC. I think it's great but ratings have been dismal. The show might fare better on a quality cable channel, I think.
ACTRESS: I'm praying for our dollar to keep dropping. It means more U.S. productions come here but as for as Canadian stuff is concerned there's very little going on.
PUBLICIST: CBC fired its veteran publicists a long time ago. Ratings dropped like a stone. The new college age kids they hired had to learn the biz from the bottom up. But they were paid a pittance and many have left as their freelance contracts expired. So the ratings have plummeted again.
ME: I had to tell one new publicist I needed copies of the new shows before they hit the air so I could review them. And she said "Why?" CBC had some Shakespeare plays from Stratford on early this fall and refused to screen them. Virtually nobody watched which is very sad.
PRODUCER: I used to sit with famed TV director Norman Campbell in the cubby hole of an office CBC gave him. On the top of CBC's empty Toronto studios there's the "Norman Campbell Studio" but CBC never had enough money to let Norman direct there. Norman Campbell couldn't work his magic in the studio named for him. All his great shows are locked in CBC archives and have never even been on DVD.
PUBLICIST: The American shows shooting here pay big bucks for the top publicists. The Canadian independents try to nickel and dime us and then wonder why they don't get the press.
ACTRESS: Speaking of the press what's left. I'm told The Sun will never ever review a TV documentary no matter how great it is.  There's no full time TV critic left at The Star. John Doyle at The Glove is the resident curmudgeon. How do we get the message out anymore? It's d-d tough I can tell you.
PRODUCER: I watch a lot of American TV these days. The great U.S. cable channels like HBO are filled with superb dramas. That's where the action is these days. I watch Huul whis is supposedly banned here. A teenaged geek lives nearby and he's getting me phoney American e-mai addresses so I can jump over the artificial border installed by the CRTC. I think Canada cable stinks. What great Canadian dramas are there to watch on Canadian cable?
ACTRESS: I watch Saving Hope on CTV which is Canadian although not in your face. I watched Rookie Blue when it ran on Global, a good but not great show. I acted on Night Heat some 20 years ago and that's about the current state of Canadian TV drama --we're still in the region of Night Heat.
PUBLICIST: City dropped Murdoch Mysteries after Rogers secured rights to NHL hockey which is a huge chunk of Canadian content. MM was simply too pricey which is often the case --Global dropped Combat Hospital which got great numbers because ABC dropped it in the U.S. Canadian webs won't act alone claiming the bottom line rules.
PRODUCER: I now must have a pending U.S. sale before I got into production. The Don Cherry TV movie was only sold to Finnish TV. Americans just aren't interested in Canada at all I'm sorry tio say.
ME: Hey, you guys stop trying to cheer me up! At least the Jays ALMOST got to the World Series!