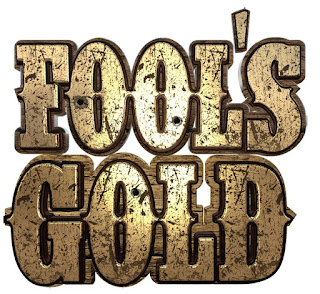 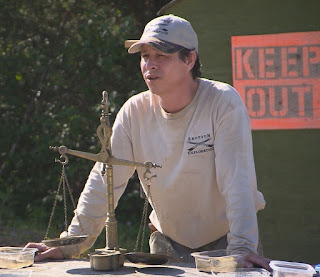 I have this thing for Canadian TV reality shows.
Which is why I was excited to chat on the phone with Atikokan's Todd Ryznar who leads a rag tag bunch of prospectors in the often funny reality series Fool's Gold.
It revs up for a second season Monday September 8 on Discovery at 9 p.m.
Twelve half hour episodes were filmed --Discovery is running two of them back to back.
This is the second season debut for these ingratiating reality stars and Todd says his new found fame gets a lot of getting used to.
Fans contact him on Facebook and they come not only from Canada but such countries as Sweden and Iceland where the show is also as hit.
The second season was made last summer --if it gets high enough ratings a third season just may be offered but it would have to be filmed next summer.
"We have to shut down operations come fall ," he explains. "It all depends on water pressure to get at the gold and there's a big freeze up starting in November."
Another season would certainly be welcome, Todd says, because all the money made from the show gets plowed right back into the business.
He purchased his mine in 2005 and has been working it "off and on"  ever since.
The mine at Straw Lake --which is near Fort Frances --was in full operation from 1933 to 1941 and then ceased production after some 11,000 ounces of gold were extracted.
In this year's shows Todd sets a goal of getting 10 ounces a week from the production --you figure out the prices with gold currently selling at $900 an ounce.
"I always thought I had the makings of a TV show," Todd says.
In fact he was such a believer he even shot a pilot himself in 2012 and took the material to the Banff TV Festival to try to get producers interested.
Essential Media Canada is the production company.
For one thing there's the strange line of work --the fact there still are gold prospectors out there in the wilderness is fascinating in itself.
And then there are the cast of characters.
"Characters --that's right," laughs Todd. He insists nothing is made up.
"We just go about our work while the TV crews shoots all day," he notes. "The second season it was so much more smooth. They even used a drone one day. We sort of forgot about them because we had so much work to get done."
Some of the boys have gold mining experience, others have none. What they all have is enthusiasm to get rich as quickly as possible which hasn't happened as yet.
This past year, says Todd, "the crew is scattered all over the place. I'm still there though and I'm still hopeful."
The company, Shotgun Exploration, is cash strapped to say the least.  The equipment is primitive until Todd invests in an expensive  rock blasting machine that can pulverize rocks a--the gold is inside and must be thoroughly washed at high speeds before it collects in buckets of water.
The crew even took to connecting via walkie talkies to be sure they're around for the dramatic or comedic highlights.
In one scene a haphazard wooden bridge is built to get a huge part of the equipment over a gulley --when it crashes hilarity ensues.
The cast includes Roj who seems to know something about metallurgy. And then there's Matt and Mikey, complaining they are expected to work hard but for a lesser stake of the profits. Their Mutt and Jeff routines are hilarious.
From time ti time Todd can be heard over the loudspeaker shouting at the boys: "Work!Work!"
And in another scene one of the boys hot from exerting takes a swim in the water supply --I'm hoping it isn't the drinking water.
Todd says he likes such reality outings as Duck Dynasty and also the Canadian made Yukon Gold "which isn't at all like our show."
I'm honor bound not to reveal any more plot but each half hour is tightly edited and very funny --viewers will be bond with these guys and hope they make it.
And if enough of us watch then there' can be a third season with the profits going back into the mine.
"I'd like it to continue," says Todd. "I think we've got lots more stories to tell."
FOOL'S GOLD 'S SECOND SEASON PREMIERES ON DISCOVERY CANADA TUESDAY SEPTEMBER 8 AT 8 P.M.
MY RATING: ***.