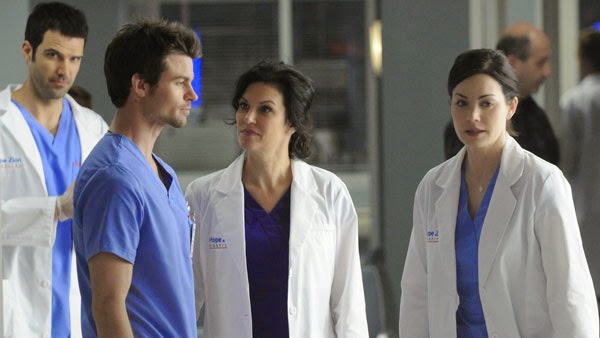 While waiting for Wendy Crewson to phone in I tried to think of all the times I'd ever interviewed her.
I'd seen her from afar on the set of Mazes And Monsters, a 1982 Toronto made TV movie where I was interviewing the lovely Anne Francis about her autobiography.
Others in that cast included Vera Miles, Chris Makepeace, Chris Wiggins and, oh, yeah, the star Tom Hanks as a twentysomething prankster.
But our gabfests certainly started when we met on the set of Night Heat in 1985 --Crewson was co-starring as prosecutor Dorothy Fredericks and she'd decided to ditch the hit Toronto made series to try her luck in L.A.
But her U.S. series Hard Copy tanked after only six episodes.
I certainly remember interviewing her for the hit CBC-TV movie Getting Married In Buffalo Jump (1990) opposite Paul Gross.
Later still I covered her remarkable work as Canada's queen of TV movies in The Sue Rodriguez Story (1998)  and Hunt For Justice (2005)-- she was perfectly cast as Madame Justice Louise Arbour.
"We last talked on the set of ReGenesis," figures Crewson--that series ran 2007-2008 and sold well in American markets.
All of which is a long winded but necessary explanation that when it comes to covering Wendy Crewson's long TV career I'm your TV critic.
Now Crewson is on the line to strum up support for the last fall episode of the fall-winter season of Saving Hope, CTV's popular medical drama that goes on hiatus until the spring.
The last episode revs up WEdnesday December 17 at 10 p.m. Got that.
"Getting the right role as one gets older is tough on an actress," she says, sounding plaintive. "But this show is female friendly. It  deliberately has strong women characters right up there with the men."
Comparisons with the long running Grey's Anatomy are inevitable.
Erica Durance stars as plucky surgeon Dr. Alex Reid and she's had an on-again, off-again romance with Dr. Charlie Harris (Michael Shanks) --yeah he's the one who keeps seeing ''ghosts''.
About the "ghosts" Crewson acknowledges it gets to some viewers while other love it.
"It's the peg to make the series different from other medical shows."
Then there's the matinee idol Dr. Joel Goran (Daniel Gilles) --and all sorts of romantic entanglements may ensue whenever he's taking off his short.
Crewson describes her character Dr. Dana Kinney as "a veteran, far, she's seen everything" and  she figures heavily in the cliffhanger --there's a real concern Dana's daughter now working at the hospital may be stealing drugs.
Also in the last episode is an amazing turn by actor Currie Graham as a world famous surgeon who may be something of a charlatan.
And Dr. Goran gets involved in a horrendous case that rings down the curtain --now this is a real cliffhanger.
To CTV's credit the network kept Saving Hope going even after it was quickly cancelled by NBC.
Ratings have perked up considerable and the production details are comparable with any competing American drama series.
"People ask me what hospital we shoot at." Crewson laughs. "It's simply the biggest TV set I've seen --the atrium is huge and the corridors go everywhere so we can shoot those long tracking scenes."
Crewson hedges when asked if she'd ever consider another U.S. series try.
"It would have to be special. Right now I love doing this one and the way they've written my character."
Crewson says she's past being surprised by the way Canadian TV has evolved.
She once starred in a hugely popular series of TV murder mystery movies featuring the character of Joanne Kilbourne.
No expense was spared in grabbing such big co-star names as Sally Kellerman, Simon Callow and Robert Hays.
"It should have been turned into a series but back then we were fixated on getting into the American market with TV movies."
But if Canadians aren't supposed to be all that interested in Canadian series why is Saving Hope such a fan based hit?
Says Crewson: "Telling a strong, compelling story is what it's all about with characters you'll want to watch week after week."
THE SEASON FINALE OF SAVING HOPE IS ON WEDNESDAY DECEMBER 17 AT 10 P.M. ON CTV.
MY RATING: ***1/2.

Wish we saw a bit more of Dana on the show, like her character.

Saving Hope will return on January 7, so not too long a break.