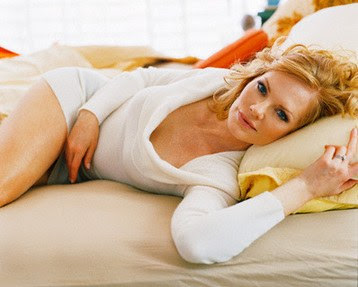 Why do actors leave long running series on big TV hits?
Marg Helgenberger is the latest star to defect from a huge TV success story --in this case CBS's CSI which still has ratings strength..
But she's not the first to decamp despite the lure of huge paychecks and lush residuals.
I remember asking Pernell Roberts that very question.
He became a recognizable name on NBC's Bonanza where he played eldest son Adam Cartwright for seven seasons (1958-65) before deciding he wanted to go back to the stage.
Roberts told me co-star Lorne Greene had argued that a few more seasons and he'd have enough money to buy his own theater but Roberts said he had to leave.
We were talking in Toronto where he was co-starring with Ingrid Bergman in a stage production at the Royal Alexander Theatre (of Captain Brassbound's Conversion).
And I met Roberts again years later on the set of Trapper John MD when it started up on CBS in 1979. This time he stayed with the series until it was cancelled in 1986.
He joked he'd learned his lesson, he was older, wiser. "And I really need the money."
When McLean Stevenson exited TV's M*A*S*H after three seasons he told me he was tired of playing second banana to Alan Alda, the reason Wayne Rogers also quit the show,
Stevenson was a talented guy and even won an Emmy nomination for an episode of M*A*S*H he had written.
He felt he could do very well on his own but this was not the case.
The shows he starred were terrible and short lasting: The McLean Stevenson Show (1976), In The Beginning (1978), Hello Larry (1979-80) and Condo (19083).
Stevenson died in 1996 a broken and embittered man.
TV stars often forget it's the character who is the star and not necessarily the actor.
Despite her brilliance in Ordinary People Mary Tyler Moore struggled to become the kind of movie presence she'd enjoyed on TV.
And Henry Winkler found the same thing, later on without Fonzie he hadn't the same presence.
Ann Sothern told me it was her decision to end the popular sitcom Private Secretary in 1957after four seasons. She was brawling with her producer over the number of outside appearances she could make.
So she sold the series' 98 episodes into syndication --it ran for years afterward as Susie.
And in 1958 she jumped back into a TV series for CBS in The Ann Sothern Show.
"It was virtually the same series only I had a different name and career. The public protested until we brought back Don Porter as my side kick from the first show and we lasted for another three seasons and 98 episodes until CBS cancelled us."
I happened to be sitting next to Pamela Sue Martin at an industry function in Los Angrles circa 1990 and I asked the pert actress if she regretted leaving Dynasty.
"Every day," she joked. But was she joking?
When she starred on Dynasty between 1981 and 1984 she became wildly successful as Fallon winding up with 86 episodes to her credit before she walked off to find other acting challenges.
ABC even asked her back to reprise Fallon in the 1985 spin off The Colbys but Pamela Sue refused. She can still be seen in TV guest spots but has so far failed to recapture that Dynasty momentum.
Biggest loser in the departure sweepstakes has to be Shelley Long who copped a best actress Emmy for Cheers the year it debuted in 1982.
She departed five years later for a movie career that never quite panned out although she remains a talented comedienne.
And leaving Cheers may have helped revive that sitcom as Kirstie Alley jumped in as Long's replacement and the sitcom lasted until 1993 (with Long back to say good bye in the final episode).
Helgeberger is going off to start a chain of restaurants. But I'm guessing sometime in the future she may want to return to series TV.
Posted by james bawden at 2:52 PM

I felt fortunate to see a couple of episodes of Wayne Rogers' Stagecoach West drama last Fall (4 a.m Sunday's, Me-TV). I am always surprised when so many good, camera appealing, actors disappear for a decade or more.