A New Medical Drama And It's Canadian! 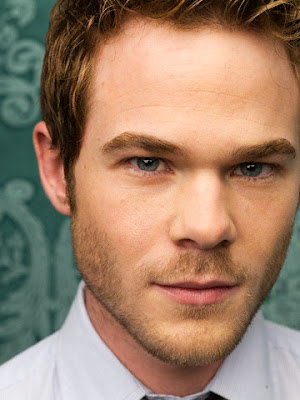 Don't ask me why but Canadian TV has always avoided that series staple --the medical melodrama.
The last homegrown one I can think of was Side Effects which had a short run on CBC in 1994. It had the bad luck to debut the same season as ER and Chicago hope roared onto North american TV screens and quickly disappeared..
Canadian viewers were not impressed by this badly plotted mess which even had Street Legal expatriates Albert Schultz and Cynthia Dale in the sprawling cast.
Now comes another medical epic but it's decidedly better in almost every way.
And it's on Canadian cable as another indication the way quality drama has virtually withered away on the old line networks.
Based on the Giller Prize winner Bloodletting & Miraculous Cures by Vincent Lam this one has an authenticity missing in such popular fare as Gray's Anatomy.
The set looks completely real and I'm thinking it might be an abandoned hospital. The medical staff arent't freshly cosmeticized but frequently sweaty and harassed. And the love triangle is presented in a way that makes it achingly real.
But at the center this is a love triangle between the principal medicos. The book went through the seven years it takes from medical school through internship but that's not always clearly expounded in the hour opener (there are eight episodes).
Shot beautifully and seamlessly over the summer of 2009, the look is comparable or even better than anything seen in competition on the U.S. networks.
Shawn Ashmore compellingly stars as the young ER doctor Fitz torn between his profession and love for another young student Ming (played by Mako Nguyen) who very quickly has married another intern Chen (Byron Mann) on the rebound.
Perhaps the initial hour tries to pack in too much narrative which isn't presented in a straightforward progression but hops and skips back and forth. But as we get to know these three driven young people we feel something has gone awry for them.
Ming is trying to get pregnant using Fitz as the sperm donor and not her husband. And Fitz has been off in Peru and other countries rather than accepting the ER position he was offered.
Ming obviously loves both men but is driven by the demands of her traditionalist father to concentrate on her studies and marry within her race. But Chen seems the most enigmatic character of all, so tightly coiled he lashes out at patients who persist in silly questions.
And he feels Ming and Fitz are obviously still in love when he sights them hugging in a parking lot reunion -look on his face is devastating.
One caveat: there are two "dream sequences" in the opener that are confusing to say the least --they dramatize the inner feelings of participants but for viewers could prove irksome as well as confusing.
Racel Talalay directs the first episode like a movie making it exciting to watch (veterans Kari Skogland , Erik Canuel and Gail Harey are the other helmers).
Nguyen is sensationally fine, completely believable as the object of desire of two friends. Mann (Drahon Boys) smolders internally as the tortured one who could burst emotionally at any time.
Watching Ashmore so successfully play the alcoholic Fritz reminded me of the swift passage of time.
I first interviewed him way back in 2000 when he was still young enough to pass as a high schooler in the Disney series In A Heartbeat all about EMT students helping their community.
That was the same year he scored in X-Men and in 2005 he excelled as Terry Fox in the TV movie remake.
And unlike others I have never mistaken him for his identical twin, actor Aaron Ashmore (Jimmy Olsen on TV's Smallville).
The eight hours was made by Shaftesbury Films (ReGenesis, Dr. Murdoch Mysteries) which concentrates on upscale Canadian drama and has prospered accordingly.
Is there going to be enough story for a possible second season or will it be all over in eight hours? Stay tuned as they say in the biz.
BLOODLETTING & MIRACULOUS CURES PREMIERES ON HBO CANADA ON SUNDAY JAN. 10 AT 8 P.M.
RATING: *** 1/2.
Posted by james bawden at 2:11 AM