A Must See Look At Candidate Obama 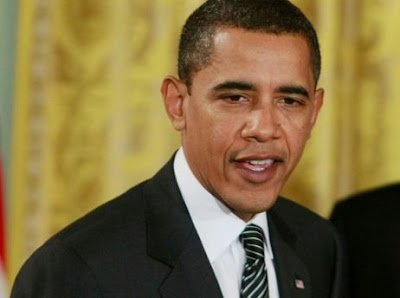 Check out HBO's new two-hours plus documentary By The People, a mesmerising documentary on the rise of candidate Barrack Obama through the 2008 political campaign from the cornfields of Iowa to his dazzling electoral win as President of the United States.
It's jam packed with anecdotes and high tension but what makes it a strange viewing experience is the calm at the center of the political storm and that is Obama himself. Never does he blow up to let off steam. Never is he less than friendly and hospitable.
While others all around him are upset, cranky, visibly distressed he remains a still smiling, friendly optimistic figure, completely convinced this is his moment to become the first African American president.
The film keeps us interested because directors Amy Rice and Alicia Sams enjoyed unprecedented access to the Obama team. We sit in on strategy meetings, watch as Hilary Clinton's seemingly unassailable lead in Iowa gets whittled away and follow the candidate on what seems like a never ending procession of picnics and small town meetings where he is never less than affable.
Heroes of this movie are Obama senior advisers David Axelrod and David Plouffe who start out in Iowa as decided underdogs. After all Obama had only two years in the U.S. Senate and several years in the Illinois legislature before making his audacious run for the presidency.
We get to know the advisers better than we ever know the candidate. What makes Obama run? His wife Michelle is equally hard working. Neither seemed surprised at how quickly the campaign took off.
By contrast Clinton never really found herself in Iowa and was never able to reclaim first place status.
What propelled Obama was the enthusiasm of tens of thousands of idealistic , young staffers, some of whom are profiled here. They are undeniably naive politically but their enthusiasm propels the campaign --take Ronnie Cho, son of Korean immigreants, who labors day and night and breaks into tears when things finally start going right.
We see how young speechwriter Jon Fabreau is able to authentically replicate the Obama vision in speech after speech, how media adviser Robert Gibbs keeps the press on Obama side. And there are the great dramatic moments which could have toppled any Obama nomination: the racist rantings of Obama's pastor Jeremiah Wright, the friendship with domestic terrorist Bill Ayers coupled with the death of a beloved grandmoather the day before the election.
Through it all the Obamas come across as eager to please, confident, not easily ruffled. Whether this will make for a great presidency remains to be seen because the new President's lack of experience has already been apparent on many issues.
But finally it all comes down to chance: before the stock market meltdown Obama and Republican rival John McCain had been neck and neck. An economic crisis propelled the first black president to victory and a year later still taunts him every day.
By The People is recommended for more than just political junkies. As a group portrait of how a candidacy is managed, sold to the people and propelled to the presidency it's a marvel of filmmaking techniques.
MY RATING: *** 1/2.
BY THE PEOPLE premieres on HBO CANADA Tuesday NOV. 3 at 9 p.m.
Posted by james bawden at 2:02 PM

Thanks for the tip. Sounds like a great documentary. I'll have to give it a look. I am still astonished how Mr. Obama won the election. He did so much work and it surely paid off. Thanks again, can't wait to see this piece!