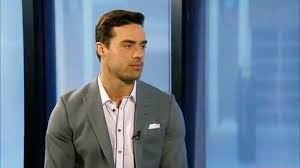 Rogers Media outdid tself Tuesday evening.
First there was the venue: Rogers Centre where I and thousands of media buyers got to roam freely on the astroturf and feast in the splendors of the place.
The Rogers empire owns both the Sky Dome and the Blue Jays.
Which should be enough. But isn't.
Because Rogers just snatched up 12 years of Maple Leafs hockey which it plans on running on its TV network City Saturdays and Sunday nights.
Also, this kind of acquisition instantly puts Rogers Sportsnet as the leader of the pack in all things relating to Canadian sports.
So Rogers had the chance to celebrate and did so before an overflow crowd of industry movers and shakers who basically direct the buying of air time on TV and radio.
For years City seemed like the littlest guy in the TV race for supremacy.
But president Keith Pelley today can point to 24 TV stations, 52 radio stations, 57 print publications and 90 original websites.
City has a whole bunch of new U.S. acquisitions to shout about: Scorpion, Black-ish, the midseasonal Backstrom plus the reality series Utopia and the new live musical special Peter Pan.
There'll be all new seasons of the sophomore The Bachelor Canada  (the new guy jumped up on stage and looked sheepish) and Package Deal.
Saturdays Hockey Night In Canada moves over to City as well as more NHL on Sunday nights.
Other series returning to City include Hell's Kitchen, The Middle, Mike & Molly, Parks And Recreation, Revenge and Scandal.
What's missing from fall at l;east are scripted Canadian shows but this could improve after the fall TV shootout.
City also announced its NHL Play-by-Play team: Jim Hughson leads as play-by-=play announcer with Dave Randorf as commentator and Paul Romanuk as additional commentator. And there'll be veteran Bob Cole who has notched five decades of hockey announcing.
Eric Schrier, president of FX Networks, talked about his network's upcoming new series including The Stain which was shot right here in Toronto and the wonderfully titled Tyrant.
Also Billy Crustal will be returning in a new sitcom.
Guests got two free tickets to see the Blue Jays and feasted on booze and dainties.
All in all Rogers and City surely have have a lot of excuses to celebrate.