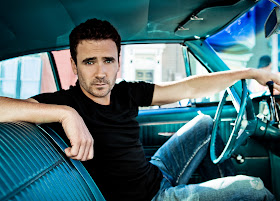 CBC's biggest drama hit Republic Of Doyle wraps up its successful season with a rollicking two-parter that begins this Sunday night at 8.
Ratings are way up this season because of the prime Sunday night slot but also because the writers seem to finally know what kind of  a show they're delivering: long on comedy characterization.
I've never yet seen Jake Doyle  (Allan Hawco) turning to CSI techniques to solve one of his cases.
And the producers have trotted out the big names, too: Gordon Pinsent in a mesmerizing turn as a crafty old con lord Becker bellows and dominates the screen as he always does aided and abetted by Paul gross as Doyle's former partner Crocker.
The whole shebang is dressed up with car chases galore, shootings, and the implied threat to the safety of Crocker's police officer daughter Tinny (Marhe Bernard).
But the best scenes, surely, involve the attempted robbery of The Duke pub by the completely incompetent (but slightly lovable) rogue Gossad (Joel Thomas Hynes) which is completely botched and involves Gossad wailing in a back room that he has this fear of being trapped in an enclosed space.
And just to make matters worse Leslie (Krystin Pellerin) gets a major offer to move to Ottawa. It would certainly advance her career but what about the relationship with Jake?
But hey every series needs a cliffhanger, right?
Things get even funnier in the second part which revs up next Sunday night.
Cast as the Odd Couples of crime Crocker and Becker run around all over town with Doyle in hot pursuit. There are some big laughs here but it's all in character. In fact Hawco takes a back seat to the antics of these two authentic Canadian TV super stars.
And a huge dollop of pleasant St. John's scenery get featured although the weather looks typically uninviting.
Make no mistake about it Republic Of Doyle is at its high water in terms of performance details and bright writing and it hasn't exactly been easy fighting back against AMC's The Walking Dead which on some nights became American TV's most watched series.
But CBC has renewed ROD for another season and with additional new episodes ordered up. And in a major break through the series has been sold to an American syndicator.
I've always feflt that having only 13 episodes to fight off U.S. competition with 22 episodes was unfair.
In fact ROD has always reminded me of The Rockford Files meaning characterization comes first, relationships second and only then is there the kicker of a mystery. It's deliberately paced to absorb the charms of the principals as well as the "exotic" scenery (for most Canadian TV viewers).
But the greatest character of all still remains "The Rock" in all its scenic glory.
THE TWO-PART SEASON FINALE OF REPUBLIC OF DOYLE ON CBC-TV AIRS SUNDAY APRIL 21 AT 8 P.M.
MY RATING: ***1/2.