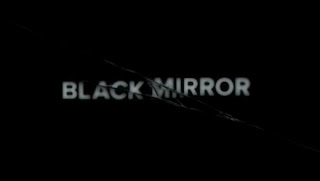 The new British satire series Dark Mirror is the blackest of satires.
It plays like a modern remake of The Twilight Zone mixed with Tales Of The Unexpected.
The simply stunning debut is on Super Channel Monday April 22 at 8 p.m.
In the opener titled The National Anthem a British Prime Minister named Callow must bow to the demands of kidnappers of a royal princess.
All he has to do to save her life is have sex with a pig on live TV.
Of course we never actual see the act --this is still TV after all.
But all the events leading up to that moment are excruciatingly detailed.
We see the mayhem of the news outlets, the completely deserted streets of London as everyone fixates on the impending tragedy.
The PM's aide is wonderfully played by Lindsay Duncan (as Alex Cairns) and Prime Minister Callow is finely portrayed by Rory Kinear.
This is an expensive production that recreates a completely believable 10 Downing Street and  all the details of the demands of the kidnappers who somehow seemed egged on by the demands of 24/7 television newscasts.
But is it in any way believable?
When the finger of the princess is delivered to the authorities the cops make no attempt to ascertain if it is authentic (turns out it is a man's finger).
To be thoroughly convincing satire as scorching as this must have a firm underpinning of authenticity.
But creator Charlie Booker does have an ear for dialogue. He covers the mass confusion as government spin masters over react only to be told by a techno-savvy younger aide that "It's trending on Twitter."
Meanwhile an ambitious female anchor is offering herself to another young government aide if only he will break the story exclusively to her.
But here is a television story that dares us to keep watching and mercilessly skewers much of modern society.
It's bold, ambitious and completely watchable. And unlike anything I've ever seen on TV.
The second episode, 15 Million Merits, is far more brilliant and corrosive and stars Rupert Everett as Judge Hope on a horrid TV talent show (think American Idol).
Candidates must accumulate credits mainly by pedaling exercise bicycles so they'll be eligible to cop an appearance on the ultimate TV talent show.
Our hero here is young black man Bing (played by Daniel Kaluuya) who lives sometime in the near future where his dreams can be dialed into. He seems to dwell in some type of modernistic prison cell along with dozens of other inmates who have similar dreams of making it as performers.
And then the moment comes when he holds hands with Abi, the loveliest girl in the establishment (played by Jessica Brown Findlay of Downton ) and when he gives her his accumulated points it's quite thrilling.
But whole gobs of scenes are stolen by Ruper Everett as Judge Hope (think Simon Cowell) who is rude, argumentative and compulsively mean spirited.
The recreation of this other universe is magnificent --the spectators at the TV show are all animated. It's mind chilling more than anything else.
TV was never more adult than here. There are no pat answers. The series tries to be as strange as possible and it succeeds as a sarcastic and chilling vision of the future.
It's no wonder Black Mirror copped an International Emmy as Best TV Movie or Mini-Series.
There are three hour long installments in the first season.
You should watch to be reminded how searing and brilliant TV can become even when violently criticizing itself.
BLACK MIRROR PREMIERES ON SUPER CHANNEL ON MONDAY APRIL 22 AT 8 P.M.
MY RATING: ****.