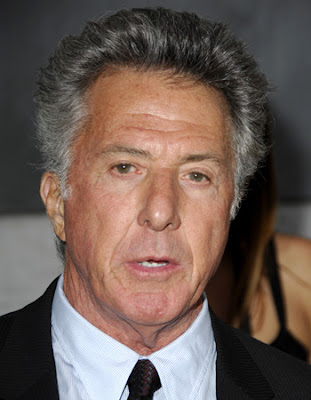 Way back when I was a child TV critic I did a piece about the number of big time movie stars making the dangerous trek to television series.
The year was 1971 as Shirley MacLaine, Glenn Ford, Rock Hudson, Hank Fonda, Jimmy Stewart, Anthony Quinn among others jumped ship.
But after the ratings dust settled there was one lone survivor: Rock Hudson.
He and he alone had that special charisma that makes a TV star. Many of the others were simply too big for the small screen, their oversized personalities were not suited to TV's cozy style of presentation.
In the decades since then other big movie stars have found the same difficulty in changing media: Richard Dreyfuss couldn't make it, Whoppi Goldberg bombed in her sitcom as did Bette Midler. Charlton Heston couldn't make that jump on TV's The Colbys. Jimmy Woods lasted a season.
Now there are wire stories a whole new bunch of movie icons are coming our way.
The reason is simple: the continuing deterioration of movies made for adults. movies in 3-D like Avatar are doing booming business. But something as profound as The Last Station with Oscar nominees Helen Mirren and Christopher Plummer isn't finding much of an audience out there.
That's why an Oscar winner like Sissy Spacek is moving on to TV work. She'll hopefully appear next season in CBS's new medical series produced by John Wells (ER). She thrived on Brothers And Sisters so why attempt another movie role?
Then there's Dustin Hoffman who is going to make his first ever TV series. I caught him in his latest movie Last Chance Harvey but few other paying customers did.
Hoffman's old Midnight Cowboy co-star Jon Voight will star in Fox's Midland in a fatherly role.
He has joined the cast of HBO's racing drama Luck opposite Dennis Farina.
Wait there's more! According to the trades Forrest Whittaker will headline the CBS spin off of Criminal Minds. And Kathy Bates has starred in a law pilot Kindreds for producer David E. Kelly (Boston Legal).
Kevin Kline is up for an HBO series and others are close to signing.
None of these stars fare well in a youth obsessed movie industry. Bt they must learn to pack their bags of movie acting tricks at home because it takes a different set of acting chops to wow them on TV.
Just ask MacLaine, Ford, Quinn or any one of dozens of high powered movie names who couldn't make it on series TV.
A rare group of actors can go back and forth. James Garner is one. Mary Tyler Moore is another and right up there is Sally Field.
Then there's the question of TV stars who never made it big in movies. Examples include Vince Edwards, Richard Chamberlain, John Ritter and Henry Winkler.
But that's a whole new column.
Posted by james bawden at 9:09 PM